SEAGULL SCREAMING KISS HER KISS HER -- No Star 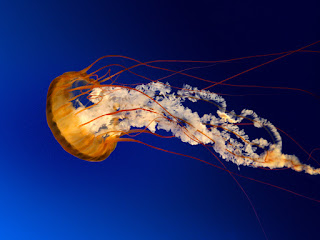 It's a Sunday night so it's time to get that sleep for another round of commuting and the rat race from tomorrow for another work week. Perhaps it may be some time to get some of that angst out of your system before realizing that the weekend is almost done.


Maybe some lively rock? I found this nifty music video for SEAGULL SCREAMING KISS HER KISS HER's "No Star". A track from the band's 4th album from 2000 "NO!NO!NO!", "No Star" is the type of bang-away rock that I had first expected by SSKHKH when I first wrote about them back in 2017 for what was a surprisingly more eclectic pop tune "Sister Sister" (1998).

Instead with "No Star", it's all guitars on full and set to fun. Plus, I like that video and all of the special effects gimmickry...nice apartment, too, may I add. The thing is though that "No Star" reminds me for some reason of the stuff that I used to hear in the early 1980s as a teen. Vocalist Aiha Higurashi（日暮愛葉）sounds a bit like Deborah Harry from Blondie, and altogether there is a bit of a Joan Jett feeling to "No Star" with even a refrain that has me thinking The Police's "Message in a Bottle" from 1979.
Posted by J-Canuck at 10:12 PM