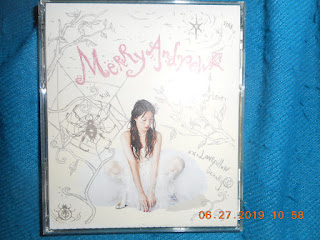 Merry weekend to you all. The heat is back on in my hometown but so is the sun, therefore the weather is great for all those summer worshipers.


When it comes to contemporary J-AOR, namely within the last couple of decades, I usually think of bossa nova-influenced rhythms that are as soft as trailing a finger on the surface of a lake and mellow horns. That's kinda why I fell for the charms of singer-songwriter Yuko Ando（安藤裕子）so many years ago. Although the above commercial isn't the one I saw featuring Ando for the first time, it does feature the first song that I had ever heard by her, "Samishigariya no Kotobatachi"（さみしがり屋の言葉達）, and it has all of those characteristics that I've mentioned for the genre. 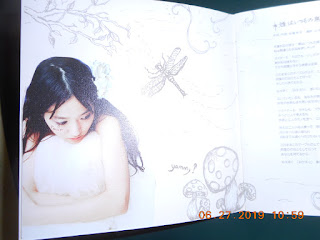 So I tracked down the album that had the song, "Merry Andrew", and this was Ando's 4th release from January 2006 (although the first 2 albums were mini-albums). Ando was responsible for words and music for all of the tracks with Ryuji Yamamoto（山本隆二）handling the arrangements.


I wasn't quite sure what to expect with "Merry Andrew", to be honest, although I got some clues from the design of the album booklet with Ando looking quite fantastical in that dress and the artsy drawings surrounding her. The first thought that came to mind was Indie Pop.

Sure enough, the first track is titled "Nirakainaririhi"（ニラカイナリィリヒ）. Of course, I had no idea what it was, and seeing a well-drawn picture of a tattooed bullfrog next to the lyrics, I thought that maybe the title was referring to the scientific name for this particular amphibian. It took a bit of doing but I finally found out through the Yahoo Japan Q&A and ultimately from "Excite Music" that in an interview with Ando, she confessed with a giggle that "Nirakainaririhi" has no meaning whatsoever and it just sounded good. Suddenly, images of Phil Collins' "Sussudio" spun around my head.

Still for a first track, the song leaves quite the impression. Spacey and atmospheric and introspective, it's an Ando song for sure because of her distinctive vocals which can bounce from soft and soothing to high and crackling.


Another track is "Lost Child,", and no, that isn't a punctuation mistake with the added comma. The ballad was Ando's 3rd single from July 2005, and it seems to relate the story of someone in crisis. However, the arrangement by Yamamoto with those strings and the lone piano leavens some of that sadness as if hope were just around the corner. There is also something about "Lost Child," that is reminiscent of the various ballads by R&B chanteuse Misia. The song was also the theme for a movie known as "Ningyo Rei"（人形霊...Departed Soul of a Doll）.


Unfortunately, the only other track that I could find from "Merry Andrew" with YouTube representation was "Nouzenkatsura"（のうぜんかつら）, a mid-tempo happy number that just gains in jollity as it goes on. Again, like "Nirakainaririhi", this was another title that I had to look up, and from the flowers depicted on the CD booklet page where this particular track's lyrics were situated and a Hail Mary lookup on jisho.org, it looks like it might be referring to nouzenkazura（凌霄花）or the Chinese trumpet vine which actually grows in East Asia. The lyrics by Ando, though, go into the developing romance between two people. A few members from Tokyo Ska Paradise Orchestra helped out in the recording.


The final track is actually another version of "Nouzenkatsura", officially known as "Nouzenkatsura (Reprise)", done more as a bittersweet ballad, and it's this version of the song that had been used in a sake commercial as well. 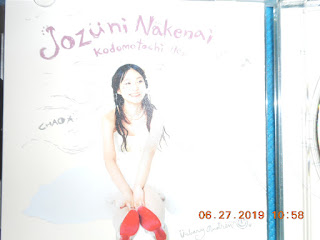 Before I forget, there is another track on "Merry Andrew" that got its own "Kayo Kyoku Plus" article, "Anata to Watashi ni Dekiru Koto" (あなたと私にできる事). The album is a long one with 14 tracks, none of them being bonus add-ons. According to the J-Wiki article on "Merry Andrew", the album gained a lot of popularity because of that sake commercial, and I'm hoping as well, the ads which featured "Samishigariya no Kotobatachi". It peaked at No. 10 on Oricon, going Gold and selling around 100,000 copies.

Ando's album here is quite the cafe-friendly accomplishment and I wouldn't be surprised if the CD were playing in some coffeehouse in Japan or even abroad. On that point, I think the singer could join the same ranks as the calming sounds of Tomita Lab（富田ラボ）and Miyuki Hatakeyama（畠山美由紀）. 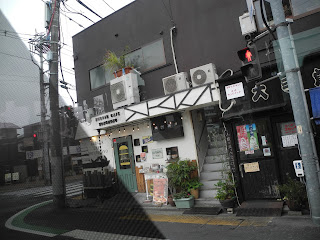