Yumi Matsutoya -- Happy Birthday to You! Venus no Tanjo （ヴィーナスの誕生）


Well, it's been a while since I've had a Yuming song up so I decided to go with a track from an album that I wasn't all that enthused with when I first got it. "Dawn Purple" was Yumi Matsutoya's（松任谷由実）23rd album from November 1991. Mind you, all things being relative, a not-so-great Yuming album may actually be not all that bad by itself but when you compare it to some of the great past releases such as "No Side" and "Cobalt Hour"....well...

In any case, I did pass the half-century mark over the past couple of weeks so this is "Happy Birthday to You! Venus no Tanjo" (The Birth of Venus). Of course, it's Yuming-made but the song itself sounds like a mix between a Yuming tune from the late 80s/early 90s and a Pet Shop Boys entry especially in the beginning. It certainly has the kick to it, punctuated by the fact that Toshinobu Kubota（久保田利伸）helps out in the chorus; the arrangement has that feeling that something is about to launch...or give birth, as it were.

According to J-Wiki, the song was based in part on another tune that Yuming had created for Asami Kobayashi（小林麻美）"Tooku kara Happy Birthday"（遠くからHAPPY BIRTHDAY...Happy Birthday from Abroad）back in 1987, and "Venus no Tanjo" was used as the theme song for NHK's coverage of the 1992 Olympics in Albertville. Perhaps there were a bunch of athletes who were celebrating their special days back then.

And perhaps it might be time to give "Dawn Purple" another try. 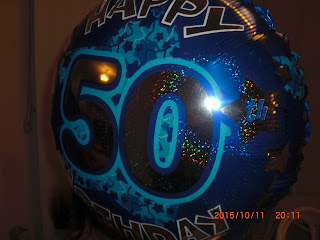