First off, a little technical announcement. Commenter Ryan Miller remarked that he's been shut out of music163 due to some copyright hiccups on the site. I had the same situation a few months back but it resolved itself a few days later, although I seem to be suffering some slowness with its transmission recently. If any of you out there are in the same boat, I hope that things get resolved in your area.

Now, let's get away from some of the stress from that. It's been a while but here is a Reimy（麗美）tune for you. Titled "One Day Vacation", it's a love song which was written and composed by the singer-songwriter for her 1990 album, "Hashiru Soyo Kaze Tachi e" (走るそよ風たちへ...To The Gentle Breezes), a release that has been well represented on the blog through tracks such as the Xmas title track and the elegiac "Dear Tess". I just had some chamomile tea tonight to soothe the stomach; "One Day Vacation" is pretty much the same for the ears. It's not a synthed-up power pop piece or a grandly produced ballad that is ready for single release. It's simply a pleasant and intimate song that could have been performed at a cafe out in a small town...something that was a very nice characteristic for a number of Reimy's songs at the turn of the decade. 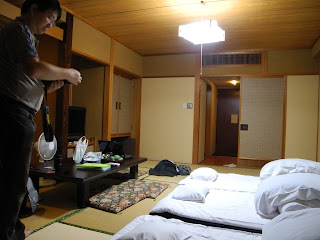 I don't really get out on vacations per se but I did enjoy a one-day vacation within a vacation last year when I was back in Japan. A couple of buddies and I got away from Tokyo for a day to Ito and spent the night at a small ryokan near the shore. If I got the same opportunity here in Toronto, I would probably head out to Niagara-on-the-Lake near the famous falls and spend the night at a nice little bed-&-breakfast. 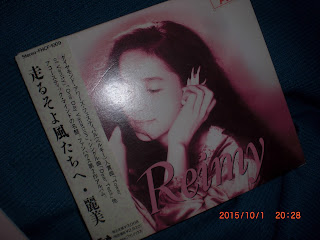