After reading Marcos V's article on "Mummy Killer", and listening to the collaboration between TEMPURA KIDZ and Charisma.com, I was pretty interested in hearing a bit more of the latter duo who specialize in a mixture of rap and electro-pop.

So I came across this earlier release from 2013 called "Hate". And I like "Hate". Written and composed by rapping half MC Itsuka with songwriter Takashi Morio（守尾崇）helping out on the composing side, in the video above she has that look on her face which probably had many an English teacher or boss going "I'm really gonna be earning my yen today" with a shudder. And as the title suggests, she vents on the superficiality of present-day society with her partner DJ Gonchi turning those turntables. Both of them also have day jobs as office ladies...or had, since they got signed to a major label, Warner Music Japan earlier this year. I can only assume that the two of them got plenty of lyrical ammunition from their lives in the corporate machine. DJ Gonchi, by the way, has that expression which fairly broadcasts cute with a touch of psycho. And the two of them have quite the time in the video relieving their stress in a homicidal way.

Still, although I'm not a fan of rap, it is fun to listen to MC Itsuka rattle off her words while the bloops and bleeps are bubbling away. "Hate" came out as their debut indie single and also belonged to their 2013 album "Ai Ai Syndrome"（アイ アイ シンドローム）which peaked at No. 52. Have a look at how Charisma.com came to be via Wikipedia. 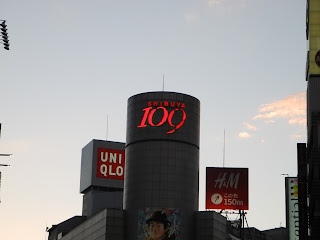 Email ThisBlogThis!Share to TwitterShare to FacebookShare to Pinterest
Labels: 2013, Charisma.com, J-R and B, Single, Techno