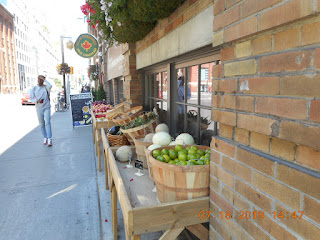 Now that we're in the last week of August, summer is entering its last few weeks. Pretty hot in your area? I know that Japan has been especially sweltering this season and Toronto has had its fair share of heat and humidity although the nights have been quite nice.

Well, I figure that I will do what hasn't been done on the blog before and provide my favourites for summer songs in Japanese popular music. It's one of the more difficult Author's Picks articles that I've done since there have been so many of these summery tunes and so many of them have been performed by the same singer. For example, Tatsuro Yamashita is one of the kings for the music of the sunny season.

As was the case with my favourite Technopop tunes, I will have to split my list into two and again the songs won't be in any particular order. All of them have also been covered in previous articles with the appropriate links to them.


I can probably credit "Natsu no Tobira"（夏の扉）as not only one of Seiko-chan's early classics, but also as the first Seiko song that I've ever heard and the first summer kayo that helped me get into Japanese pop music in earnest. Certainly, that image of the Queen Aidoru of the early 1980s in her bright yellow dress and Seiko-chan cut bopping about as she sang this one on various shows has eternally seared itself into my memories of summer...especially Summer 1981.


Anri is one of the singers who basically define summer music in Japan for me which explains why it was rather hard for me to come up with a favourite summer song by her. There are so many choices but in the end, I decided to go with "Windy Summer" from her "Timely!!" album. Her amazing collaboration with Toshiki Kadomatsu（角松敏生）in the early 1980s turned into summer gold, and especially with "Windy Summer", there is no way that I can even envisage a single snowflake popping up as this is playing.


"Manatsu no Kajitsu" is one of those Southern All Stars greats which is instantly recognizable from the first few notes. Keisuke Kuwata's（桑田佳祐）band is another musical symbol of summer in the nation so once again, I had to rack my brain about which one of their songs would be a fine choice but ultimately the No. 9 single of 1990 is my pick. And it's been the only SAS song that automatically conjures up images of summer in my head...specifically, ones of young couples huddling under that blanket in front of the small fire as the sun goes down on the Shonan beach.


Man, she looks adorable on that skateboard! This is one of the songs that I discovered later in life but it soon cemented itself as one of my favourites for the season, and it wouldn't be a summer if I didn't play it at least once in late June or early July. As a track on one of the classic City Pop/New Music albums, Taeko Ohnuki's "Sunshower", I have mentioned in the article for that album that "Summer Connection" has that nostalgic feeling of what summer must have felt like in the big city of Tokyo back in the late 1970s. Bright sun beaming off the pavement with the humidity starting to rise.


I also just had to have at least one incarnation of Omega Tribe included in the list and so I've gone with the first lineup featuring Kiyotaka Sugiyama. As with Ohnuki's "Summer Connection", "Summer Suspicion" also has that nostalgic quality...this time for the 1980s as Japan was relishing its economic boom which seemed to coincide with an increase of the younger generations hitting the beaches for some seasonal frolicking. However, I don't see "Summer Suspicion" as the high noon summer song, but more as the mellower sunset sort of summer song. Speaking of nostalgia, although I wasn't in the country when the song debuted, it still reminds me of my days at the University of Toronto and the JCSA as I regularly visited those Chinatown stores selling Japanese albums and tapes.


When I first saw the ending of Episode 6 of "Space Dandy", I had already been given warning by my anime buddy that this song would be coming up which sounded awfully like one of my favourite singers of all time. Still, my eyes rather goggled and my jaws parted with some distance as I heard Tatsuro Yamashita（山下達郎）coming through the vocal cords of Junk Fujiyama, and yet this was a wholly different and original song by Fujiyama. Wouldn't it even been nicer if someone put up a live-action surfing video set to "Hoshikuzu no Pipeline"（星屑のパイプライン）?