Tatsuro Yamashita -- For You 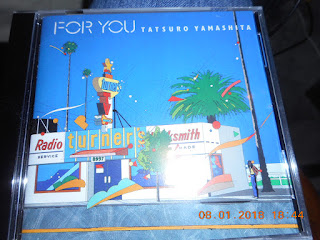 Earlier this morning, I was on YouTube checking out Van Paugam's channel when there was a new video by him called "The End" with some commentary wistfully hinting that things seemed to be coming to a close on a certain chapter. Now, there were a lot of comments on YouTube, Facebook and Twitter giving profuse thanks and messages of mourning. I'm going to wait a few more days before I come to my own conclusion on things since a straight announcement from Van Paugam that he is ending all of his City Pop commitments is still forthcoming. It may just be the videos that he will not be making anymore. Still, his radio has been offline for a couple of days now and for that matter, the radio for New J Channel has also been down for about the same amount of time which sounds pretty ominous.


As such, I thought it would be nice to start Sunday's articles off with a write-up on Tatsuro Yamashita's（山下達郎）classic "For You" from January 1982, his 6th studio album. In a way, though, it feels like I've been writing about "For You" almost right from the beginning of "Kayo Kyoku Plus" since I've covered the majority of its tracks as single articles, such as the summer chaise lounge-worthy "Amaku Kiken na Kaori"（あまく危険な香り）. However, I finally got the album earlier this year, and I felt that I just had to cover it as a whole.

As with the other tracks that have been covered, they are: "Morning Glory", "Loveland, Island", "Your Eyes", "Futari", "Sparkle", "Every Night", and "Love Talkin'". With these aforementioned tracks, I am referring not to the original 1982 album but the 2002 remastered version with those bonus songs attached such as "Amaku Kiken na Kaori".


I'm not totally sure but when it comes to Tatsuro Yamashita, I think he's one of those "coals-into-diamonds" fellows...y'know, the type that excels when the heat and pressure are on. I mentioned in "Christmas Eve" that the whole impetus behind him creating the "White Christmas" of Japanese pop music was that he had apparently gotten somewhat miffed about being referred to as the summer song guy, so he pulled a Tats Counterattack and came up with this kayo Yuletide number that is played every year without fail on a television or in a store. When I was reading some of the J-Wiki article on "For You", I found out that Yamashita was on a concert tour based on his hit previous album "Ride On Time" and the schedule was so tight that he simply couldn't muster up the time and energy to get started on that next album, but with all of the concerts, his band was continuing to gel and combine into a top-class unit. As a result, the singer-songwriter got his inspiration and ended up doing what he had been dreaming about since his Sugar Babe days: being able to whip up and record about 27 songs without having to worry about time and budget. He'd proven his chops to everyone around him so he was free to create without any hassles.

"Music Book" is one of the tracks that I had yet to cover. Again, according to that same J-Wiki article, Yamashita was able to create this breezy number from picking up on a verse from his friend and oft-collaborative partner Minako Yoshida's（吉田美奈子）pile of notes known as her music book. The song was also the coupling song for the single version of "Amaku Kiken na Kaori". For me, it will always be the Tats voice, Yoshida's backup chorus, the horns and that Margaritaville feeling. 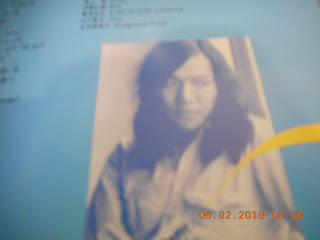 The only other track that I hadn't covered was "Hey Reporter!" This was quite the revelation when I first heard it since it's unlike any of the other tracks from "For You". But, boy, I did like it since it was indeed so different. Even Yamashita's vocals sound different as he fairly snarls and snarks his story inspired on being hounded by the entertainment media before his upcoming wedding to Mariya Takeuchi（竹内まりや）. The drums and bass bouncing off the walls remind me of all of those reporters and cameramen gathering up their equipment and preparing to run after their latest target. And I couldn't help but feel that there was a certain John Lennon-ness to the arrangement.


And that covers the tracks of "For You" but I still wanted to put in another track that I had already talked about, and so I will finish off with "Every Night". "For You" is one of the must-gets for all those folks who have recently gotten onto the City Pop airplane. It was indeed a No. 1 hit on Oricon. 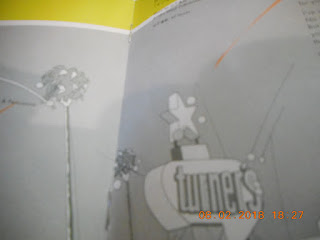 Getting back to Van Paugam and New J Channel...if it is indeed the end of their time on YouTube, then, yep, it's too bad. However, as one comment that I saw in passing said, what they have done is to be celebrated. In the brief time that their radios were on, all of us got to hear some great music in which many of those songs were heard for the first time (any time a Tats song got onto Van Paugam, there was at least one person on the comment stream who expressed his/her happiness). That includes me and I even ended up writing on a few of them in the blog because of what I had heard on the radios. Hopefully, I will be able to buy those albums within the remaining part of this year. And I'm sure there are other folks out there who will end up doing the same and perhaps even spread the word.

In any case, my gratitude to Van Paugam and New J Channel, and all the other folks who have been introducing this little part of music to everyone else. And if it isn't a total goodbye, then we'll all be seeing them soon with no worries. Whichever road has been taken, we all have the knowledge now to do what we want. 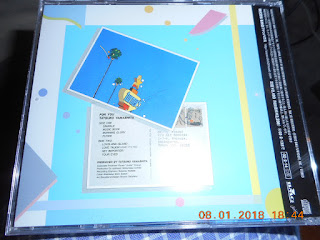 (P.S. Well, I haven't been happier to eat crow than now. Van Paugam's radio is back up and running. Must be just the videos. Still, I'm not taking down what I said.)
Posted by J-Canuck at 2:52 PM