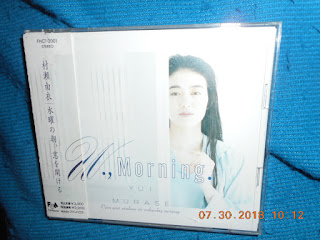 I took another listen to Yui Murase's（村瀬由衣）debut album "Suiyoubi no Asa, Mado wo Akeru" (Open Your Windows on Wednesday Morning) from 1992. It was one of my first mail-order purchases through "Eye-Ai" back in that decade, and I did it merely on the cover alone (no YouTube back then, as we all know). Although I didn't quite appreciate the tracks on first listen, I now fully love the vocals and sound of Ms. Murase and the arrangement respectively.

Unfortunately, I couldn't import the video directly because of the original uploader's arrangements but I did manage to track down what is probably the sole song that can be represented online from the album, and it happens to be the title track itself. "Suiyoubi no Asa, Mado wo Akeru" is arguably the most uptempo number on what is a most soothing album of pop by Murase. Written by Kanata Asamizu（朝水彼方）, who has also provided lyrics for Keizo Nakanishi（中西圭三）and Masayuki Suzuki（鈴木雅之）, the snazzy song was also composed by Jun Kageie（景家淳）, and it deals with a woman who is appreciating that mid-week break at home without having to bother with the fashion and cosmetics. Just relax and enjoy life without all of the airs.

Although, there are some other Murase tunes from later albums on YouTube, "Suiyoubi no Asa, Mado wo Akeru" is about all she wrote for the debut album. And that's too bad since I now think the entire album is chock-filled with some solid Japanese pop. 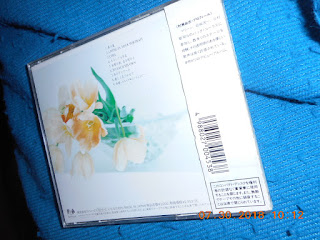