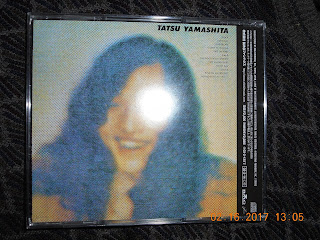 Indeed it is August 1st so I gather that we are halfway through the hot season. Pretty much all of Japan is roasting under the heat and humidity so I can hardly complain about any of the summer over here since the nights at least have been fine.


Of course, now that we are entering the dog days of summer, it's time to bring in one of the finest J-Pop representatives for the season, Tatsuro Yamashita（山下達郎）. And apparently for his 51st single, he decided to concoct a little something hearkening back to his earlier days titled "Mirai no Tehma" (Mirai's Theme).


The opening theme for an anime motion picture that has been out since July 20th, "Mirai no Mirai"（未来のミライ...Mirai of the Future）, it really does sound like something to accompany a summer walk on the beach close to Kamakura. To be honest, Tats' recent material hasn't really grabbed me, but with "Mirai no Tehma", the familiar vocals, the rumbling piano and the sax solo has all taken me back to my favourite period for him, the late 1970s and early 1980s. Maybe his brand of pop has become somewhat old-fogeyish for the younger generations, but for folks like me and those who have just gotten onto the Japanese City Pop/AOR bandwagon in the last few years, "Mirai no Tehma" is another feather in Tats' hat and another happy tune by the master for us to savor.

At this point, "Mirai no Tehma" has reached No. 12 on Oricon after its release last month. The fact that the song is an anison reminds me of his work years ago for the NHK anime "Agatha Christie no Meitantei Poirot to Marple"（アガサ・クリスティーの名探偵ポワロとマープル...Agatha Christie's Famed Detectives Poirot and Marple）.
Posted by J-Canuck at 8:15 PM