I thought it was about time that Ayaya finally got one of her own up on the blog (although she has appeared on "Kayo Kyoku Plus" once before with her cover of "Watarasebashi") so here it is. And besides, for a while, she was the IT girl for Hello Project for her gosh-darned spritely perkiness.

Although Aya Matsuura（松浦亜弥）never auditioned for Morning Musume（モーニング娘。）, she did try out and got into the Hello Project. She debuted in 2001 but the song here is "Yeah! Meccha Holiday" (Yeah! Super Holiday), her 6th single from May 2002. Ayaya has basically seared herself in my memory with her singing this particular title and the lyric "suNge, suNge, suNge, suNge..." which can, depending on my mood, be cheerful or darn annoying. But with that original music video above, the song is just so bright and sunny that summer is the only season which can be imagined for it.


Plus, there is that dancing which has probably inspired many a singer at karaoke. Being a Hello Project member, "Yeah! Meccha Holiday" was written and composed by Tsunku（つんく）. It peaked at No. 2 on Oricon and got her 2nd invitation to NHK's Kohaku Utagassen that year.


Rino Sashihara（指原莉乃）of AKB48 did a cover of "Yeah! Meccha Holiday" for her debut single as a solo singer "Soredemo Suki Da yo"（それでも好きだよ...I Love You In Spite Of It）in May 2012. There seems to have been quite the gimmick surrounding this release since there were four versions from Type A to Type D. Sashihara's take on the Ayaya song is on the Type C CD.

However, the person I know the best when it comes to the various cover versions of "Yeah! Meccha Holiday" isn't technically a singer but a transsexual tarento by the name of Ai Haruna（はるな愛）. She basically made her way onto everyday terebi by giving her own high-energy take on the song, and she also shows up with Sashihara in the video above. 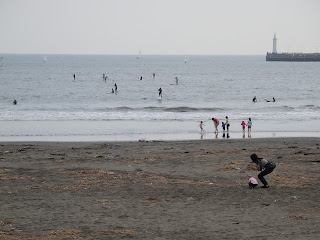