I was talking with a commenter the other day about a video he/she showed me about a gathering of a bunch of kayo singers from the 70s singing some of those nostalgic tunes. The second one happened to be the topic of this article tonight, "Wakamono Tachi" (Young People) originally sung by the folk group, The Broadside Four（ザ・ブロードサイド・フォー）which had a brief career between 1964 and 1966.

Seeing the name The Broadside Four, I thought this would be some sort of Group Sounds band because the late 1960s were the time for the genre. However, and what is most likely their most famous song makes clear, this was a folk group which initially started out as The Broadside Three with Hisao Kurosawa（黒澤久雄）, Toshihiko Tsuruhara（鶴原俊彦）, and Minoru Yokota（横田実）before Toshitaka Yamaguchi（山口敏孝）joined the band in 1965. The Broadside Four also has a certain pedigree in the form of lead vocal Kurosawa since he happens to be the son of one of the legends of world cinema, the late director Akira Kurosawa（黒澤明）.

Listening to the original single which came out in August 1966, just a few months before The Broadside Four broke up, I really enjoy the harmonies by Kurosawa and his bandmates. As someone who used to listen to old American standards as a kid, I think "Wakamono Tachi" is a wistful tune that could easily have been covered by vocal groups like The Ames Brothers if it had been translated into English. Masaru Sato（佐藤勝）came up with the melody while Toshio Fujita（藤田敏雄）provided the lyrics about the young generation leaving their relatively carefree lives in school to take those first steps into employment and adulthood. That commenter from above wondered if this would be a tune for a school reunion....I'd give that question a pretty strong assent. The song was originally created as the theme song for a Fuji-TV drama of the same name and then it was also adopted for the cinematic version along with its two sequels. And it was even placed into the music textbooks and songbooks in elementary and junior high schools from the 1970s.


Fuji-TV made a 2014 version of the original TV program with the same theme song, this time sung by Naotaro Moriyama（森山直太朗）who is famous for singing the hit "Sakura" (which I will have to cover sometime soon). Moriyama is also a son of a celebrity...folk singer Ryoko Moriyama（森山良子）, but along with "Sakura", I've seen him occasionally on variety shows where he has amused viewers with his brand of deadpan loopy humour. However, just from those high resonant vocals of his, I think his fans are quite happy enough with him as a singer. 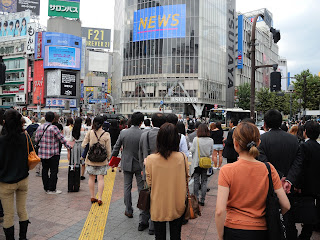