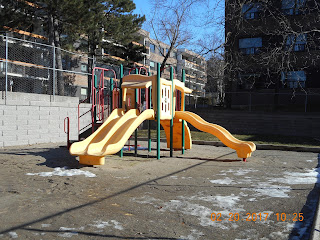 Well, what a difference a couple of days make. Approaching the end of last week, we were in quite the deep freeze after getting a pounding of snow last weekend. Then from the weekend, the temperatures rose up to very spring-like levels. A good amount of the snow has dissipated so we can enjoy some of this good weather before things inevitably get back to normal for the remaining weeks of winter.

And what a difference a month makes in the anime season. A little over a month ago, I had written up about the opening theme for "Kobayashi-san Chi no Maid Dragon"（小林さんちのメイドラゴン...Miss Kobayashi's Dragon Maid）which was fhana's super-happy earworm "Aozora no Rhapsody"（青空のラプソディ）. Back in January, I hadn't even caught the first episode of the anime and was wondering whether the show would live up to the promise of that song.

Well, my anime buddy and I have now almost reached the halfway point of the season and it looks like "Kobayashi-san" has become a pleasant surprise to a lot of the viewers including us. The titular female character was this rather lonely and stoic office worker until a whole group of dragons-turned-humans entered her life and apartment. It's gotten rather crazy now but at the same time, Miss Kobayashi has come to the realization that she has also become happier with this sudden addition of a family. Considering that today is Family Day here in the province of Ontario, I couldn't have asked for a better article to write about.

Plugging onto the satisfaction level is the fact that the ending theme is also an earworm. Titled "Ishukan Communication" (Interspecies Communication), this is performed by four of the dragon characters voiced by  Yūki Kuwahara（桑原由気）, Maria Naganawa（長縄まりあ）, Minami Takahashi（高橋未奈美）, and Yūki Takada（高田憂希）. On the website "TV Tropes", the opening theme of "Aozora no Rhapsody" was described as being arranged in a "classic" style. Well, it looks like "Ishukan Communication" is following in a similar vein although I would call the snappy arrangement here as almost being old-style vaudevillian.


The full version of "Ishukan Communication" is back up on YouTube (for now). Yohei Matsui and Junichi Sato（松井洋平・佐藤純一）, the latter being a member of fhana, created this earworm. The group name for the seiyuu performing this is Chorogons (ちょろゴンず), a term that was coined by Miss Kobayashi in one episode to describe her new buddies as "laidback dragons". Not sure how it has done on Oricon but for fans of the show, I'm fairly positive that the song has also managed to bury itself deep into their heads.