Dance for philosophy -- Funky but Chic 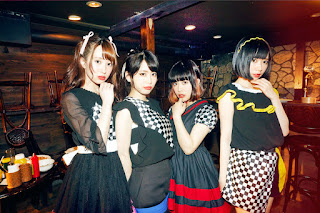 Maybe we can’t rely on Especia to fill our hunger for silly aidoru groups recording 70s/80s-inspired funky gems anymore, but some other groups, like Dance for philosophy (フィロソフィーのダンス), are doing similar things… and que quality is just great!

So far, Dance for philosophy (yeah, they call themselves Dance for philosophy, even if the original katakana spelling points in other way) released one album in November 2016. Called “Funky but Chic”. The album is a collection of ten solid songs ranging from disco stompers to more aidoru-friendly territory, but never forgetting the 70s/80s overall theme.

First song “Aidoru Philosophy” (アイドル・フィロソフィー) is an instant winner with its anthemic feel anchored by a plethora of interesting sounds, such as the combination of chants and a jungle-like percussion at the beginning and brief yet strong guitar solos. Overall, it’s a funky synthpop song with rock touches here and there, but everything works in a very harmonic way. Also, one nice surprise: the girls are not bad performers at all, which is something unusual for underground aidoru acts. Truly amazing album opener, in my opinion.

Second song I’d like to highlight is the one chosen to have a proper music video, which is “I’m After Time” (アイム・アフター・タイム). Right from the beginning, it sounded obviously reminiscent of Chic’s disco material, and some comments on YouTube were quick to acknowledge the resemblance between this song and Chic’s “Forbidden Love”. After a while, though, you can see how the old disco was well integrated into this new offer, and a very well rounded Fusion/City Pop song emerges to be appreciated.


Now, as for the third song, it’s called “Kou Kando Agetai” (好感度あげたい). Maybe a little less serious than the other two, and falling in the aidoru-friendly category I mentioned before, it’s a bubbly and bouncy number with a catchy chorus with a funky bass in the arrangement.

Now, I’d like to notice one last thing: even though I only introduced three songs here, the whole “Funky but Chic” album is very nice and consistent. There are a couple of Motown-inspired songs, and even one resembling The Jackson 5, among other disco-inspired tunes. In the end, it’s a truly special aidoru album that makes fine reference to the 70s and 80s in a very classy, albeit sometimes silly, manner. As the group is not signed to a major label or anything, I can’t really tell if they’re going to continue its activities, but I’ll surely be happy if they keep this quality work in the near future. 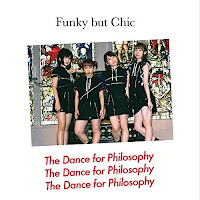