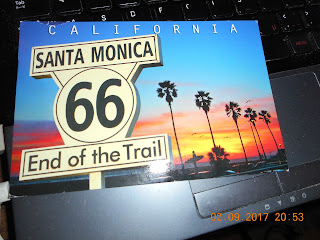 My good friend, Hiro, sent me this lovely postcard when he was on a business trip last month, and I figured that this would make a nice little thumbnail photo if I ever put up another City Pop tune or a song that has a nice bit of soul in there. Plus, he's been very generous in giving me "likes" on most of the articles that I've put up on the blog via Facebook.


Speaking about those songs with that soul in there, I found one on that video (above) of a compilation of various City Pop tunes. I think it is the only track that has been identified since one of the YouTube commenters asked who the singer was at 12:00. After hearing the tune, I wanted to ask as well. And the fellow who created the video was kind enough to identify her as Kumi Showji（障子久美）and the song as "Truth".

Showji wrote and composed this fun uptempo song for her second album "Motion & Moment" in 1990. I took an instant liking to it since it has that combination of the City Pop sung by female singers such as Keiko Kimura（木村恵子）and Kaoru Sudo（須藤薫）in the late 1980s (I always refer to those bright champagne synths) and perhaps some of that R&B that would arrive almost a decade later so perhaps Showji was showing some prescience there.


I realized that I had a number of opportunities to get "Motion & Moment" back in Japan since that memorable cover did come up in the used racks at the Shibuya branch of RecoFan. But I let the chances slide so I will have to see if I can pick one up somehow online. I've already written one article about the singer-songwriter for "Neverending Love" but unfortunately the original song was taken down by the powers-that-be. However, I was able to replace it with a cover version.
Posted by J-Canuck at 11:41 PM