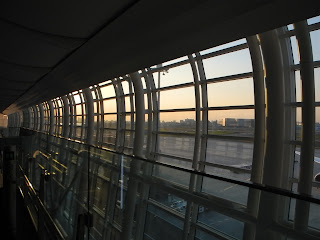 I was having a talk with commenter Yuie-chan some days ago on an article for 80s band THE GOOD-BYE about a musician that she had known about named Seiichiro Kuribayashi（栗林誠一郎）. Talented on a number of instruments as a composer, she informed me that she just loved his vocals and gave me a couple of recommendations. I liked both songs but it's the second one that has me writing about him for the first time.


However, the strange thing is that it isn't actually the first time that I've mentioned him on the blog, though. Kuribayashi debuted back in 1987 by providing the summer band TUBE with some of their songs. Plus, I've mentioned him as being a member of the Nagisa no All-Stars（渚のオールスターズ）, the supergroup of sorts which included the aforementioned TUBE, and singer-songwriters Tomoko Aran（亜蘭知子）and Tetsuro Oda（織田哲郎）. In the 1990s, he was also part of the rock band ZYYG for about a year.

The second recommendation that Yuie-chan made was "Donna ni Tsuyoku Daite mo" (No Matter How Hard You Hold Me), a track on Kuribayashi's 7th solo album from November 1995, "Rest of My Life". It's a sad but beautiful and contemplative ballad about how people change and love doesn't necessarily last forever. The musician was responsible for the great music with Kanako Oda（小田佳奈子）writing the lyrics. I guess it might be because of the material but there is a sunset feeling with "Donna ni Tsuyoku Daite mo" and the bluesy guitar solos reflect the setting sun and the 90s for that matter very well.

I was going to write about the first recommendation but since it is also a song that the late ZARD had taken care of, I will see about tackling that one together.
Posted by J-Canuck at 4:31 PM