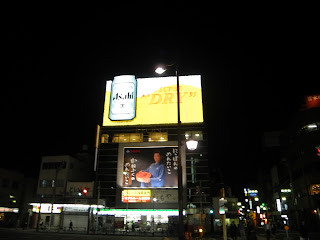 As I mentioned in an entry for Takeshi Kitayama（北山たけし）last night, the latest "Uta Kon"（うたコン）was mostly based on the works of legendary lyricist Yu Aku（阿久悠）, so it was no wonder that the episode went a full half-hour extra beyond the usual 45 minutes. Not surprisingly, it was quite the satisfying effort by everyone and personally I was left wanting more. I also gave my due to Aku via a two-part article almost a couple of years ago so you can take a look at that after this article.


The Aku songs were passing by and I just kept saying in my little head that I had already written about that so I was starting to get only a little disappointed that I didn't yet come across a tune by the man that I hadn't yet heard. But then, by the time the show was over, I did discover a couple of "new" entries.

One of those entries is this debut single by enka and kayo singer Mirei Kitahara（北原ミレイ）. The lady herself appeared last night on the show to perform this song titled "Zange no Neuchi mo Nai" (No Longer Any Value in Repentance). As soon I heard and read the title, I thought that this would have been a good name for some organized crime flick and when I heard the 68-year-old Kitahara sing it in her raspy voice, my feelings were further enhanced.

The song concierge, Shosuke Tanihara（谷原章介）, gave an introduction referring to the mysterious lyrics, something that was repeated in the short graphic at the upper-left of the screen when Kitahara came on stage. At the time, I didn't quite know what that was all about. However, I was drawn in by this song that Aku had written for Kitahara's debut in October 1970. First off, although there were some enka-like elements at the very beginning, I pegged "Zange no Neuchi mo Nai" melodically as a song straddling the line between Mood Kayo and a dramatic urban pop song reflecting that age with the strings and the drums. That music, by the way, was provided by Kunihiko Murai（村井邦彦）, and I give him kudos for his work; this is just the type of kayo that I like....truly moody.


Kitahara's performance on "Uta Kon" last night had her singing while in the back, some dramatic silhouettes of a man and a woman were acting out the drama that was coming out in "Zange no Neuchi mo Nai". And from there, I started figuring things out about an innocent romance that gradually went dark with Aku's lyrics even providing a timeline at 14, 15, 19 and 20 years of age. Basically, a poisonous love triangle developed and one of the angles got rubbed out rather violently. The final verse had the protagonist many forgotten years later reflecting on that fateful decision, and I initially thought that there was a flicker of hope. It was quite the song by Aku and quite the debut by Kitahara.

There was also that one part in the performance when for one verse, Kitahara went epic acapella with no musical backing at all, and even the graphic of the lyrics suddenly changed into a harsher font and was written down in the vertical Japanese style. And that is where the mystery of the lyrics came in. I had to look it up in the singer's bio on J-Wiki but that particular verse is the oft-missing 4th verse. The entire song is actually 5 verses long but for Kitahara's stage performances and even the recorded versions (as at the very top), that 4th verse had often been omitted like an old building's 13th floor since apparently the protagonist was saying this behind bars, presumably after murdering the rival. At the time, it had been considered too controversial to include. But it looks like the 4th verse has been incorporated into the song for perhaps the last 10 years.

However, in any case, this is truly a fascinating Aku song, about as dark a creation that I have heard by the man. I don't know how "Zange no Neuchi mo Nai" did on Oricon...maybe not all that well at the time considering the controversy. And yet, Kitahara has been able to have a flourishing career. The Aichi Prefecture-born singer has released 51 singles with the most recent one coming out in September 2014.
Posted by J-Canuck at 11:12 PM