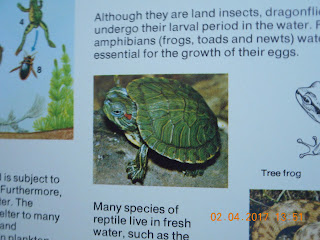 A few years back, I was writing about Akira Ifukube's（伊福部昭）iconic theme for "Godzilla" (ゴジラ) and mentioned about all those viewings of Japanese monster movies that I'd caught on the Buffalo affiliate WGR-TV (now known as WGRZ) as a kid. Got to know Godzilla and his buddies, Rodan, Mothra and Ghidrah The Three-Headed Monster through those Monster Week showings in the afternoon.


Well, it wasn't just the TV station across Lake Ontario in the US where I got to know my kaiju. Also in the 1970s, I sometimes watched those movies on Saturday night on the local Toronto affiliate City-TV when they featured horror movies during the summer. I actually had to look pretty long and deep on the Net before I finally re-acquainted myself with the name Gene Taylor, an American comedian who hosted that show (and a few others in Canada); he's the sinister-looking fellow above playing the piano. "Monsters We Know And Love" didn't take itself too seriously as you can see.


I only found out today that Taylor had passed away many years ago in 2001 so this article is partially in tribute to him since thanks to his show, I was able to discover that other wonderful giant reptile from Japan, Gamera (ガメラ), produced by Daiei Studios. The first such movie I remember seeing was "Gamera vs. Barugon" which had originally been released in 1966 as the franchise's 2nd movie. There were the scenes that are still planted in my long-term memory such as Gamera flying about and the birth of Barugon from that opal.


Of course, I saw a few more Gamera movies but then one night when I was watching "Monsters We Know and Love" yet again for another feature performance by Japan's favourite terrapin, there was this instrumental introduction for the big lug. I certainly knew Godzilla's theme song as this urgent song of dread but this "Gamera March" sounded like something to be played during the semi-annual high school baseball championships at Koshien Stadium. It was that jaunty and heroic.


The "Gamera March" first made its presence known apparently for the 4th entry in the series, "Gamera vs. Viras" which was released in March 1968. Its cheerful happy-happy-joy-joy way about it was certainly assisted by the fact that it was sung by the Daiei Jidou Gasshodan（大映児童合唱団...The Daiei Children's Chorus）. Kenjiro Hirose（廣瀬健次郎）, who created the soundtrack for the movie, also composed the march while Hidemasa Nagata（永田秀雄）wrote the words.


It strikes me as ironic that Gamera got such a happy theme song. The turtle always impressed me as this rather stoic defender of justice (destroyed Tokyo tenements and their residents aside). Meanwhile Godzilla got the serious theme while the giant lizard became more and more of a ham on the level of William Shatner.


Apparently there was a trailer that had come out a few years ago boasting about a new Gamera movie in 2016. With all of the Godzilla hype the last little while, yep, I think it would be time for Gamera to come back to the big screen but so far there hasn't been any follow-up in the form of a bona fide motion picture. If it does come back, I simply have one request: bring back the march!
Posted by J-Canuck at 3:43 PM