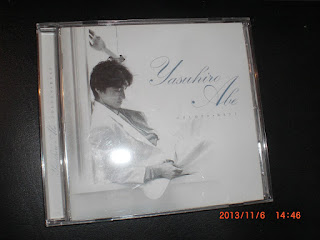 Usually when it comes to the blog, I write a couple of articles a day...which I have today. However earlier when I was writing the second article, I found out online that jazz singer extraordinaire Al Jarreau passed away at the age of 76. I had heard last week that he suddenly announced his retirement due to exhaustion which I'm sure disappointed many of his fans (including myself) but at the same time, we also encouraged him to enjoy his newfound time after all that he had given to us. Unfortunately, perhaps his decision to leave the stage forever foretold something more permanent.

Al Jarreau was one of those artists who could use his voice in the same way that a multi-instrumentalist could show his work. He was that good. And as much as I knew about his jazz, I adored him even more in the AOR genre. Jarreau was a fixture on radio when I was growing up in the early 1980s, and I always loved his smooth voice on songs like "Breakin' Away", "Mornin'" and also the theme song from "Moonlighting", that ABC sitcom starring a young Bruce Willis in the mid-1980s. He was one of my guides into AOR, urban contemporary, smooth jazz...whatever you want to label it. And without him, perhaps I wouldn't have gotten so easily hand-in-glove with the Japanese equivalent in J-AOR and City Pop.


When I thought about Jarreau today, I was wondering about someone similar in Japan. Now, no one was Jarreau's equal. However, the one name that kept popping up in my head was Yasuhiro Abe（安部恭弘）. As I may have said in previous articles on the singer-songwriter, Abe has got that mellow voice and he's been able to concoct these songs that fit so well into the genres that I have already mentioned. I can pretty much label him as one of the Princes of City Pop to go along with the Princess of City Pop, EPO.

A bit earlier, I found the title track for his debut album "Hold Me Tight" which came out in March 1983. As with the other tracks that are included in the album such as "Cafe Flamingo", "We Got It!" and "Manhattan", "Hold Me Tight" is a pretty mellow and smooth ballad that contains those feelings of life and love in the city. With all of the tracks on the album, Abe took care of the music and Takashi Matsumoto（松本隆）wrote the lyrics. The two of them have been able to create songs that transported the Japanese listener at the time to other metropolitan centres, presumably on the West Coast of the United States. For me, though, their tunes have taken me the other way...all the way to Tokyo because of who they were and what the genre meant to me. Perhaps it can be considered to be the musical version of the grass grows greener on the either side of the fence.

Perhaps the only thing that irks me about "Hold Me Tight" the song is the chorus work which seems to interfere more with the main melody than complement it. At the end of it, I thought the song was starting to meld in with the next track. But perhaps it'll just be a matter of getting used to it and letting any rough edges smooth themselves off over time.


To finish off, here is Jarreau's "After All". I actually got a bit misty-eyed listening to it again.
Posted by J-Canuck at 9:53 PM