Not sure if any of you folks are probably relaxing on a backyard deck while guzzling down a beer or nursing a cocktail, but if you are also into Japanese City Pop, I think I've got the tune for you. The late Hiroshi Sato's（佐藤博）"Say Goodbye" is one of the tracks on his classic 1982 album, "Awakenings" that I've already written about. It's a nice funky number with Sato on the vocoder (the ancient version of Auto-Tune?), and with those synths, it almost goes into technopop territory. It may not be the prize track on "Awakenings" but it still has a golden place in my heart since the arrangement has me reminiscing about some of those AM radio tunes I used to hear way back when.

It's been a pretty cool week so far...not like the oven that it was the week before. I can only give my sympathies to much of Japan which is basically cooking in its juices...as it usually does during the summer. 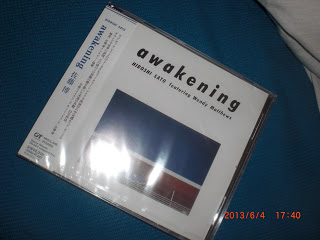