The other day, I saw a far more weathered Masahiko "Matchy" Kondo（近藤真彦）show up on the NHK morning wide show, "Asaichi" to talk about his career and life after which he performed one of his famous songs, "Orokamono" (Fool). I haven't written a whole lot about Matchy but what I have talked about has been on his early tunes in the early 80s when he was playing the role of the hyper teenage rebel.

"Orokamono" was released on New Year's Day 1987 as Kondo's 23rd single, and although he was still nowhere near middle age at that point, his role in the song seemed to be that of a more worldly, or perhaps more world-weary, fellow giving some tough-guy reassurance to a woman who might be his kid sister or a former flame after going off the rails. In his performances of the song, there was none of that high-energy grinning and dancing that represented his music from the early days. It was just him, the mike and the hard attitude.

I remembering seeing Matchy singing "Orokamono" a number of times on the video rentals of "The Best 10" and the other music shows, and in fact, I managed to purchase a compilation album of Japanese pop music in Chinatown which had the song as well. Written by Ayumi Date ( 伊達歩...which is actually a pen name for author/lyricist Shizuka Ijuin) and composed by Takayuki Inoue（井上堯之）, the song went all the way up to No. 2 on the Oricon charts and became the 35th-ranked song for 1987. As well, it was responsible for him getting onto that year's Kohaku Utagassen for the 7th of 9 times.

Now that Matchy is indeed in middle age, I think the song fits him even more like a glove now.

The song has been covered a number of times by other artists but here is composer Takayuki Inoue himself giving his own version with help from rock singer-composer Ryudo Uzaki（宇崎竜童）. Speaking of Inoue, the man also happens to be the one behind one of the most famous TV theme songs in Japan. 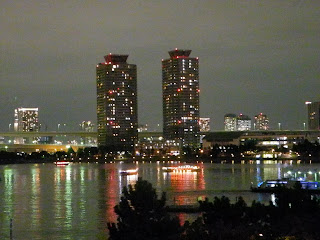