Well, it's been close to 3 years since I wrote up about Kome Kome Club's（米米クラブ）"Kimi ga Iru Dake de"（君がいるだけで）, the huge hit that was the theme song for the drama "Sugao no Mama de"（素顔のままで）which had one of the most tissue-drenching endings in Japanese dramas.


"Kimi ga Iru Dake de" was this supremely sunny and cheerful song that ended up as the No. 1 song for 1992, but the single also had this B-side which was also heard during the episodes of "Sugao no Mama de" starring Narumi Yasuda（安田成美）and Akina Nakamori（中森明菜）. "Aishiteru" (I Love You) also created by Kome Kome Club is this very soft ballad tenderly sung by lead vocalist Tatsuya Ishii（石井竜也）that also seems to have a certain old-fashioned feeling to it thanks to the languid horns in there. I think as much as the A-side musically identified the drama, "Aishiteru", both the original and the instrumental version used as BGM, made its own mark on the show as well. To be honest, I would have preferred to have heard this song at the end of the series when Akina's character of Kanna was remembering her old late friend, Yumiko; now that would have really put the tear ducts in overdrive.

For all the accolades on "Kimi ga Iru Dake de", you can check out the original article. 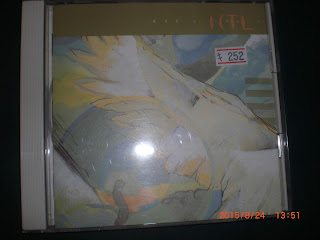