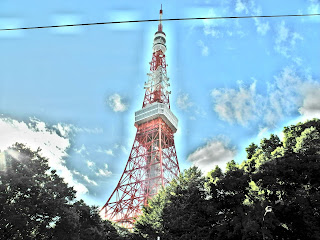 I just took a look back at the article I had written back in April 2013 for NHK's long-running kayo program "Kayo Concert"（歌謡コンサート）. Back then, there was no indication that change was coming, but early last year in 2016, it was decided that after 23 years, change was needed. And so from April, NHK unfurled the new "Utakon" (Song Concert).

When I first heard that new title, I just went "Uh-oh". Becoming more and more fuddy-duddy, my initial reaction to that name for a well-established kayo program was that the national broadcaster was trying to show some teen cred by reducing the title to something a kid might say as part of the trend toward abbreviating expressions. Just imagine a father trying to "impress" his daughter's school buddies by speaking "teen". Said daughter would crumple up like a wet napkin in mortification.

Well, I'm accustomed to it now. From that inaugural show of "Utakon" back in April, I got the immediate impression that the show was mixing in some more contemporary acts with the traditional kayo of enka and Mood Kayo. I believe the first act up was indeed Puffy who were definitely neither enka nor Mood Kayo. Admittedly, though, their heyday was all the way back in the 1990s.


However, the contemporary acts have come in mostly being represented by the Alphabet groups such as AKB48 and Nogizaka 46. I poignantly remember writing down in the article for "Kayo Concert" that the predecessor for "Utakon" was reminiscent of the second half of the Kohaku Utagassen from years back when more of the enka and Mood Kayo acts would appear instead of the young folks. Well, "Utakon" is more like the New Year's Eve special as it has been for the past several years: much more of a mixture of those traditional singers and the new guys including rock bands and aidoru throughout the entire show.

On both the J-Wiki page and the Wikipedia page for "Utakon", it's been written that the genesis of the show came from the fact that not only "Kayo Concert" but also the 9-year-old "Music Japan", an NHK program focusing on current J-Pop, had come to an end. Therefore, what the producers had probably wanted was a 2-for-1 deal.

And my initial observation was that the new show was definitely trying for a well-blended mix of the old and the new. However, I think some of the transitions among the different acts were not particularly smooth so my impression is that NHK has kinda pulled back on the J-Pop slightly although they are still represented on the show weekly.

What also wasn't too smooth was the chemistry involved in the two-host system. My family enjoyed having former host Tetsuya Takayama（高山哲哉）having his confident hand on the tiller, so to speak. So when the new hosts, actor Shosuke Tanihara（谷原章介）and NHK announcer Naoko Hashimoto（橋本奈穂子）as "the concierges for your songs", didn't exactly show themselves to be meshing too well, I was ready to make the call to Takayama to come back. However as of late, the two of them have settled into their positions comfortably although I still don't like the way the show now ends with Tanihara, Hashimoto and one or two of the guests sheepishly handing off the reins over to the next program on the schedule which happens to be a variety show about lunch. I still much prefer the old ending from "Kayo Concert" when everyone got together on the stage one more time to say goodbye while the orchestra gave that one final triumphant fanfare.


The other observation I had was that the producers were becoming somewhat more ambitious in their production values. "Kayo Concert" always had that lush stage setting as if the Kohaku were coming to our TV sets weekly, and the show also had its weekly themes. "Utakon" does that too but there also seems to be more in the way of dramatic camera angles and moves as well as more choreography. The show is getting to be a bit more glitzy in a way.


At the end of the "Kayo Concert" article, I mentioned that perhaps someday acts such as Seiko Matsuda（松田聖子）and Dreams Come True might age enough so that they can also show up. Well, the potential is now there although I know that the latter group has yet to do so. Not sure whether Seiko-chan has already made an appearance, though. However, Kobukuro (コブクロ), Kome Kome Club（米米クラブ）and Toko Furuuchi（古内東子）among other pop acts have come up. I couldn't have imagined them getting invitations on the old show.

Speaking of that last singer, Toko Furuuchi, and let me preface by saying that although I am a big fan of hers, I was surprisingly disappointed by how off-tune she sounded when she did appear that one time. This brings me to my final observation that it seems as if sometimes the standards of singing have been allowed to drop in the transition from "Kayo Concert" to "Utakon". Obviously, I wasn't watching the earlier show throughout its 23 years but my memory was that everyone who came on the show played their A-game. However on "Utakon", along with Furuuchi, I've been seeing a few subpar performances by folks such as the lead singer of 70s folk group Godiego (ゴダイゴ) , almost to an ear-wincing degree. I'm not certain whether it's been nerves about performing in front of a TV audience as well as the audience in the hall but it's a bit of a strange thing.

Still, "Utakon" is my regular Tuesday-night program where I can hear some of those goodies that I have already written about on the blog but can still find out some new oldies that I hadn't heard in years. I need that source of kayo kyoku and that feeling of that old-time kayo variety show that has largely disappeared from TV.
Posted by J-Canuck at 8:30 PM