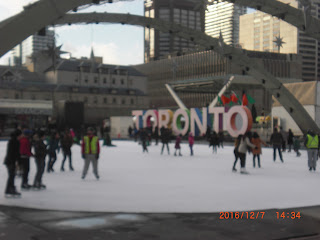 First off, my apologies on starting this article on a somber note but I have been keeping tabs on the current situation at Fort Lauderdale Airport, and I'm feeling extremely sorry for everyone who has been affected by the shooting there especially those families who have lost loved ones in the rampage. A few years ago, my family went to that same airport to go on a cruise so it's unnerving to know that there are a lot of people who are probably there for the same reason, either coming or going.


Anyways, it's been a very long time since I put up a Momoe Yamaguchi（山口百恵）article. Up to now, I have been able to write about all of those wonderful hits that I already knew during her time in the spotlight in the 1970s. So now I think I'm going to have to explore some of those singles that I have yet to hear or perhaps have forgotten over the mists of time.

Today, it's her 7th single from December 1974, "Fuyu no Iro" (The Colour of Winter). True to a lot of her output during her early years, the song is a sweet and soft ballad which apparently according to J-Wiki was her very first ballad released as an A-side. It's a innocent love song given a measured delivery by Momoe as she sings about having those feelings for a young man who's been a stalwart friend but cannot find a way to express them and perhaps take things to a higher level. Perhaps the title isn't just about the season itself but also her feelings of frustration and despair over her dilemma. The song was written by Kazuya Senke（千家和也）and composed by Shunichi Tokura（都倉俊一）, the same duo who was responsible for her first 10 singles, and then arranged by Koji Makaino（馬飼野康二）.

"Fuyu no Iro" must have touched a sympathetic chord with many folks who have undoubtedly been in the same situation since it was not only her first ballad single but her very first No. 1 single that stayed at the top for about a month. Although it is a ballad, I do enjoy that nostalgic arrangement of horns and strings which go into overdrive in the refrain as if Momoe's heart can no longer take the strain of keeping her feelings to herself. And there was also the way the singer's vocals were undulating back and forth during the verses before they burst out in the refrain.

The single also ended up as the 10th-ranked single for 1975. Moreover, to add another accolade, Momoe became the youngest female singer at the time to get a No. 1 single at the time at the tender age of 15 years and 11 months.


The B-side for "Fuyu no Iro" is "Izu no Odoriko" (The Dancing Girl of Izu) which also served as the theme song for a movie of the same title starring Yamaguchi herself as the title character, a member of a roving band of entertainers, who has her heartstrings plucked by a strapping young lad. I actually found out about the movie when I was translating an article about a certain area in the Izu area; apparently the area was one of the settings filmed for the 1974 movie.

Although I'm not certain about when exactly the plot was set, my impression on seeing the clothes from the movie, I think it was probably the early 20th century. And so "Izu no Odoriko" the ballad almost takes the music into enka territory. I can only imagine if Momoe had extended her career and decided to go into that genre as a switch. Still, there is that pop aidoru aspect of the wistfulness of love in there. Once again, the song was created by Senke and Tokura although the arrangement for this particular song was done by Hiroshi Takada（高田弘）.


The first 4 minutes of the above video have stills and the actual trailer for "Izu no Odoriko". As for the strapping young lad, he was played by actor Tomokazu Miura（三浦友和）who would act with Yamaguchi in some more movies. In the end, the two ended up getting married with Momoe breaking hearts all around at the end of the decade by announcing her retirement from showbiz. As far as I know, they have stayed together all these decades, something that doesn't often ring true with celebrity couples even in Japan.
Posted by J-Canuck at 8:19 PM