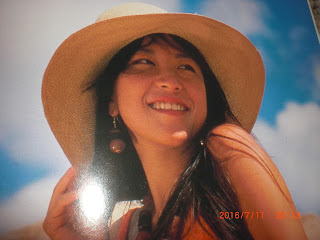 One night while living in Japan, an old friend of mine invited me for dinner and a performance in the Takadanobaba（高田馬場）area. Now that is one area that I wish I could explore some more. It's known as a relatively inexpensive neighbourhood between Shinjuku and Ikebukuro since there are a number of university students who call it home, and Waseda University is nearby. But I think it is also known as a place for some nice bars and cafes and some eclectic stores. If and when I visit Tokyo again, Takadanobaba will be on the top of my to-visit list.

My friend invited me to a small walk-up Brazilian restaurant there called Corcorvado. It had a nice atmosphere but unfortunately I didn't take to the food too well. However the entertainment of the night in the form of a jazz flutist was excellent. His performance that night fed my soul better than the dishes fed my stomach. I actually found a page from a Japanese-language blog called "The days of wine and roses" which contains a picture of the tiny performance area at the restaurant, and that's where the flutist did his thing. Unfortunately the restaurant's website doesn't seem to exist.


Now, anyone who likes their Latin music will know about "Corcorvado" the standard. The bossa nova tune was originally created by the Antonio Carlos Jobim back in 1960 and I'm sure I've heard it covered by a number of artists over the decades without being able to identify any one of them. However, when I came across that Yoshiko Kishino（木住野佳子）song the other night, I also found out that she had collaborated with the marvelous Lisa Ono（小野リサ）. And then that led me to her cover of the classic "Corcorvado".

Indeed, her velvet vocals do "Corcorvado" justice. This is a nice version to finish the week off. Ono sang it on her 1998 album "Bossa Carioca" although I've also enjoyed hearing Diana Krall's version under the title of "Quiet Nights".

Still, nothing beats the original sung by Astrud Gilberto. Speaking of Ono, though, perhaps I can visit her family's restaurant in Yotsuya which is also close to Shinjuku. Mind you, I don't know what the cover of the place would be.


As a PS, I should leave you with what Takadanobaba looks like at least.
Posted by J-Canuck at 10:20 PM