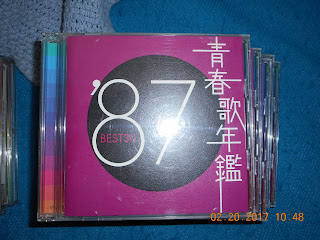 Well, it's been quite a day. Roger Federer wins yet another Wimbledon crown, it's National Ice Cream Day (we've got some of the stuff in the freezer for after dinner), the annual Honda Indy in Toronto will be under way in less than 15 minutes, and for the first time in the program's history, a female actress has been selected as the new Doctor Who. As for that last one, I did show my geekiness yet again by waiting patiently for the BBC announcement since the British network had promised the identity of the 13th Doctor immediately after the conclusion of the Wimbledon Men's Singles Championship. I don't think I have ever refreshed my Twitter feed that often in my life. Mind you, it was very amusing seeing all those Whovians on the SNS slowly going crazy while the BBC did its trolling best to extend tennis coverage.

To compound my geekiness, a few years ago, I had the temerity to inquire to the Japanese fan base for "Doctor Who" about which Japanese actor would have made a fine version of the most famous Time Lord of all. Looking at the above thumbnail for the video, I would have pointed out singer-songwriter Senri Oe（大江千里）. I mean, just look at him (sorry that video has been taken down)...David Tennant was probably still in diapers at the time that photo was taken, but Oe looked like he was practically begging to be Tennant's Doctor right down to the puffy hair.

I'm not sure but perhaps the late 80s going into the 90s may have sprouted a tiny trend in having geeky and adorkable male pop singers in Japan. There was Oe and I do remember KAN. Perhaps there were a few others who didn't quite make the cut in terms of Oricon success. Anyways, I have here his 12th single from May 1987, "YOU" which has all the hallmarks of an Oe single from the 80s: his high-pitched voice, the super-poppy beat and that frenetic piano. The song was written and composed by the singer and dealt with a fellow's undying love for that special someone.


I couldn't find out how "YOU" did on the Oricon singles chart but it was placed on his 6th album from June 1987, "OLYMPIC", and that did quite well by peaking at No. 3. The concept for that release was "Cheerfully, Strongly and Imaginatively", and I think "YOU" fulfilled the conditions quite well.


Almost 30 years later, the aidoru group Idolrenaissance（アイドルネッサンス）did their own cover of "YOU" as their 3rd single in March 2015. Never heard of this group but it's currently an octet of girls in their mid-to-late teens from all over Japan.  I also like their version especially with the harmonies involved. Their "YOU" got as high as No. 41 on Oricon.
Posted by J-Canuck at 3:22 PM