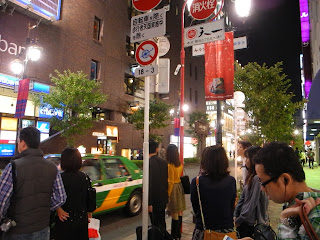 I took a look at that listing I wrote up on the Red and White teams for the 32nd edition of NHK's Kohaku Utagassen on New Year's Eve 1981, and I've written individual articles on some of the songs that were performed that night such as Seiko Matsuda's（松田聖子）"Natsu no Tobira"（夏の扉）and Hitomi Ishikawa's（石川ひとみ）"Machibuse"（まちぶせ）. But the fact is that I haven't covered all of them due to failing memory.


One such song is "Bossa Nova" as performed by singer-actress-tarento Naoko Ken（研ナオコ）. Listening to it again after so long, I remember that rock guitar starting things off. And as I heard the song, I realized that although there was some Latin, it didn't sound anything like a bossa nova tune at all.


In fact, I would say that it was straight-ahead City Pop. And looking at the lyrics (and music) by singer-songwriter Kuniko Fukushima（福島邦子）, the bossa nova was actually a plot point and not the description of the melody. To explain, the story involved a woman remembering with a dollop of bittersweetness about the end of a relationship through a final dance to a bossa nova tune. In short, she would dearly love to get rid of the bossa nova from her memory. I think Ken's demeanor as she sang it above in the video pretty much said it all. I love the melody and her smoky vocals.

"Bossa Nova" was Ken's 28th single released on December 21st 1981. I mentioned the exact date since she did get onto the Kohaku a mere 11 days later so I'm kinda wondering how she was able to get onto the NHK stage in such a short time especially when the single got no higher than No. 69. Not that I'm complaining too much since my re-acquaintance with the song has me enjoying its City Poppiness.

The single was also on Ken's 9th album "Renairon"（恋愛論...Theory of Love）, a collection of cover singles released in November 1981.


And that brings me to my next point in that Ken's single was indeed a cover of the original single by Fukushima herself. In fact, "Bossa Nova" was her 4th single from 1979. Judging from her performance on Fuji-TV's "Yoru no Hit Studio"（夜のヒットスタジオ）, the original version by the Okayama-born singer-songwriter had that same Latin-tinged City Pop feeling but was lacking that oomph of the electric guitar in the intro and perhaps those smoky vocals of Ken. Still, her style is reminiscent of Junko Yagami（八神純子）and early Miharu Koshi（越美晴）. The song was also on her 2nd album "To" from May 1980.

I'm glad that I was finally able to get this article about a Kuniko Fukushima song on board since I had come across another song by her in the past several months but have yet to put it onto the blog. Now I've gotten that kick to put more of her material into play. Born in 1954, she debuted in 1978 and released 15 singles and 11 albums. Along with Naoko Ken, Fukushima has also provided songs for other acts such as Anri（杏里）, Checkers（チェッカーズ）and Akina Nakamori（中森明菜）.

According to her J-Wiki profile, she is a writer but going to her official website, apparently she is still giving concerts even in the United States and teaches piano and voice.
Posted by J-Canuck at 10:25 PM