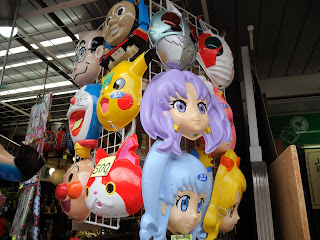 I remember that Dreams Come True song, the very cheerful "go for it!" in which vocalist Miwa Yoshida（吉田美和）sings of her character not liking her boyfriend's favourites, Monty Python and anything by Gerry Anderson. For me, I've had plenty of experience with both Japanese, American, Canadian and British comedy, and I'm good with all of them but I can understand someone born and raised in Japan not getting the humour of Python. In my case, though, I've watched John Cleese, Eric Idle and the rest of the gang since I was about 5. Good golly...I mean, who doesn't love THE BISHOP?!


And of course, there is the famous "The Lumberjack Song" by Michael Palin. It might be exaggerating a bit but I think even those from my generation who don't really know Monty Python would probably have heard at least an inkling of the crazy "The Lumberjack Song". It's certainly one of my signposts for the show.


Crazily enough, I got the same impression that I had for "The Lumberjack Song" when I first heard The Lingerie Song on anime "Love Lab"（恋愛ラボ）. Yup, I've enjoyed this deceptively heartfelt show which I had first assumed was another one of those nutty comedies. However, The Lingerie Song that is actually called "Nete mo Samete mo Lingerie" (Sleeping or Awake, It's Lingerie) definitely planted things on the wacky side.

It made its appearance briefly in one of the episodes through a DVD where it was discovered the father of the main character of Natsuo Maki, Masanobu Maki, was the president of the True Tree Lingerie Company. Papa Maki thought it would be neat to come up with his own campaign song for the firm and so "Nete mo Samete mo Lingerie" was born. Coming off as a proud anthem of sorts to underwear, Papa Maki as played by Taiten Kusunoki（楠大典）made the most of his minute on air, much to the dread of Natsuo and most of the Fujisaki Girls Academy Student Council Executive. Considering how much of a nutty girl Natsuo is, it says something when even she is horrified.


The Lingerie Song was actually written by Ruri Miyahara（宮原るり）and composed by Yasuhiro Misawa（三澤康広）. I can only imagine what transpired during the recording of this song at the studio. There's nothing perverted about the song from what I could glean from the lyrics. It's just President Maki and his straight-faced devotion to his product. Monty Python would salute in respect. 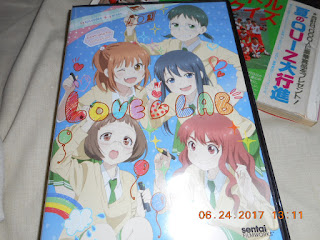