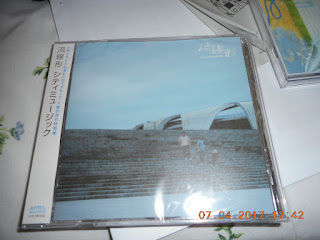 Well, I got my summer package of discs the other day so I've been listening to them for the past few days. Last night was the time for Ryusenkei's（流線型）"City Music". This was the band's debut album from 2003 and I've already talked about a couple of tracks from the album, "Airport '80" and "Koi no Cider"（恋のサイダー）.

I can say that "City Music" is a "Kayo Kyoku Plus" purchase because it was through working on this blog that I was even able to find out about Ryusenkei. The band has yet to be recognized on J-Wiki and Wikipedia and started its career some years after the inaugural issue of "Japanese City Pop", my bible on the genre. I simply found out through YouTube.


"Tokyo Coaster" rather sums up on what Japanese City Pop of the 21st century has been to me. The original City Pop of the 1970s and 1980s had that big capital 'C' for city with the big bass and saxophone pushing the melody along with a really funky strut as if it were a very confident dandy demanding a lot of space while he hulked his way over to the nearest disco from JR Shinjuku Station.

The next generation (and I realize that other folks [perhaps even the artists themselves] do not like to use the City Pop tag for this 21st-century music) which includes Ryusenkei, Hitomitoi（一十三十一）and others, comes off a whole lot more mellower group. Perhaps it's more of a lower-case 'c' for the city with a bit more smooth jazz and Latin entering the keyboards. I don't really see a disco either...perhaps a tastefully appointed cafe.

Cunimondo Takiguchi（クニモンド谷口）wrote and composed "Tokyo Coaster" with Tomomi Sano（サノトモミ）handling the tender vocals, and in addition to hearing it in that cafe in Harajuku, this could be just the song to hear while driving down the megalopolitan highways on a Saturday night and having that congenial conversation with friends inside a sporty Toyota or Nissan (not on the cellphone, that would be bad). It doesn't demand your undivided attention. Instead, it acts like a very tip-worthy concierge by discreetly providing some fine service. 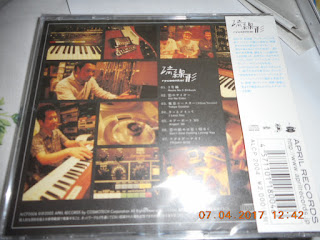