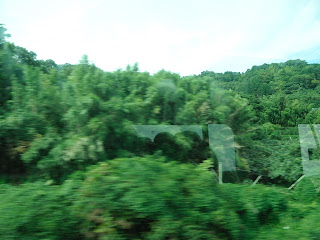 Saw this song several weeks ago and found it so adorable and innocent in that old-fashioned way that I bookmarked it for reference. For a kayo fan like myself, listening to something like this is a wake-up-and-smell-the-coffee-on-a-Sunday experience.


As much as I've remarked that the 80s were a time for tons of aidoru to go through the revolving door of the geinokai without ever becoming stars, I think there was something similar for the previous decade. In recent months, I've been encountering folks who have uploaded songs from the 1970s by songstresses that I had never heard of before.

Miyoko Ai（藍美代子）is one such lady. Born in Miyagi Prefecture in 1954, she was learning singing, piano and Japanese dance from a young age. In 1970, she won the televised All-Japan Kayo Contest and made her debut at Columbia Records under her first stage name of Eriko Jun（純エリ子）. She released 5 singles for the next couple of years before retiring from the spotlight for a spell.

In the following year, after winning another TV contest, she made another go of it under the new stage name of Miyoko Ai. She re-debuted with the song "Mikan ga Minoru Koro" (When The Oranges Ripen) in August 1973, a sweet ballad featuring Ai's high vocals about a young lady working in the orange orchards while biding the time before her beloved beau comes back from another bigger town or city.

Michio Yamagami（山上路夫）provided the lyrics while the late Masaaki Hirao（平尾昌晃）composed this tune which almost takes the music into an enka vein. With Ai's looks and her high voice, I had thought that she would have been groomed as a 1970s aidoru but I guess her training was so polished by that point that nothing less than being called a proper kayo singer would do. Judging from the comments on YouTube, there were folks who were pleasantly surprised about this hitherto unknown lass or who were glad to make her re-acquaintance. I'm in the former category.


Unfortunately, I couldn't find out how well "Mikan ga Minoru Koro" did on the charts, but Ai continued to release 6 more singles and 2 albums up to 1976. In 1978, she left her management company and went over to the United States to widen her singing abilities. A few years later in 1981, she opened her own little pub, Biene, in the city of Sendai, and is currently a jazz singer. She even released a 2005 album covering the standards titled after her establishment. After Biene the pub finally closed down in 2015, she moved over to Tokyo and started up another Biene in Ginza. Her real name, by the way, is Miyoko Miyazawa（宮澤美代子）although I'm not sure whether that is her birth name or her married name.
Posted by J-Canuck at 2:50 PM