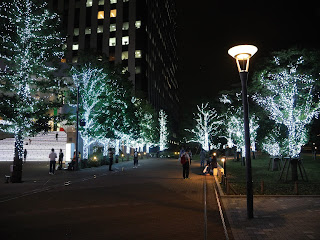 As there are stars in the sky
As there is sand on the beach
In my heart, I just had
One small dream


The above is the translated beginning for the lovely and sad ballad titled "Sora ni Hoshi ga Aruyou ni" (As There Are Stars in the Sky), written, composed and sung by Ichiro Araki（荒木一郎）for his debut back in September 1966. It was performed on a recent "Uta Kon"（うたコン）, and I thought it was a pretty song so I tracked it down.


Listening to Araki's lyrics, I thought that there was something quintessentially Charlie Brown about it and something that most everyone could relate to. Ol' Chuck is lying on the pitcher's mound long after another losing effort and just wondering what else he could have done, and I think the late Charles M. Schultz was reflecting about anyone who has gone through failure after failure. Considering how kayo kyoku is, when I took a look at his lyrics, I had expected the song to be about a failed romance but there was nothing in there to imply any girl running away. It was merely the expression that a dream for something had run off.

"Soni ra Hoshi ga Aruyou ni" apparently did touch a lot of people. It sold over 600,000 records and earned Araki Best New Artist honours at the Japan Record Awards that year but it didn't get him onto the Kohaku Utagassen for some reason.


In March 1997, the Okinawan band BEGIN did a cover of "Sora ni Hoshi ga Aruyou ni" as their 12th single that, despite the lyrics, sounded more hopeful and perhaps even quietly defiant.
Posted by J-Canuck at 10:31 PM