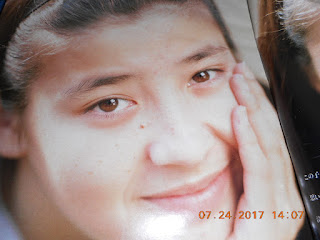 I can't remember the article for it right now, but I did mention that after listening to a long-neglected album once more and being surprisingly more reasonable toward it now, I would probably be inclined to give the only album I have of Rie Miyazawa（宮沢りえ）, "Mu", another go of it. Admittedly, I was being a bit sarcastic about that.

And yet, I did play the album again last week for the first time in probably close to 25 years. Strangely enough, I'm still hitting 1.000. Not to say that "Mu", Miyazawa's debut album from 1989 is any classic. She didn't particularly possess a robust set of vocals but the songs and arrangement behind them are not too bad.

The opening track of the album "Gokigen na Heart" (Happy Heart) is a generically pleasant pop song of that time period with Rie-chan breezily singing away about waking up all cheerful and stuff and sending off the darling with a blown kiss. The lyrics were provided by Masami Tozawa（戸沢暢美）who's written a number of songs for Miki Imai（今井美樹）and the melody was whipped up by Takashi Tsushimi（都志見隆）who has often made music for Kiyoshi Maekawa and The Cool Five（前川清&クールファイブ）!

I don't know how the album did per se but I wonder how "Gokigen na Heart" would have fared under stronger singers such as Misato Watanabe（渡辺美里）or Mariko Nagai（永井真里子）. Still, I can say that "Mu" can come back in from the cold. 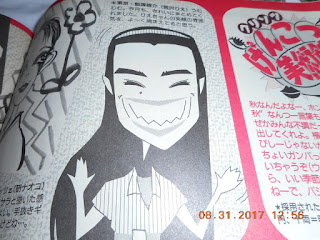