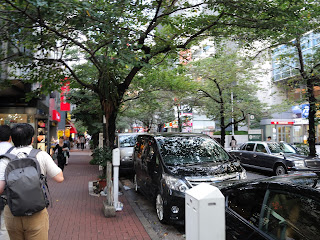 Considering the article I did for the opening theme song for the movie "Kono Sekai no Katasumi ni"（この世界の片隅に）early this morning, I was reminded of my university days. Specifically, although I never became much of a history buff, my favourite era in Japanese history has been the 20-25 years immediately following World War II. I was interested in how Japan was able to rise out of the ashes of the war, dust itself off and gradually become the 2nd-largest economy on the planet (although its standing has since dropped down in the 21st century).


So, of course, there was the music of those days as people set out to find work and get the nation back on its feet. And my impression has been that there were many songs reflecting this fact including beloved chestnuts such as "Ahh, Ueno Eki"（ああ上野駅）as young people started flooding into Tokyo and even kayo showing the opposite with folks heading out of the metropolis such as "O-Saraba Tokyo"（おさらば東京）.

But within these songs of coming and going with the accompanying emotions, there were tunes about life in the big city for these workers who came out from the countryside regions. One was sung last week on NHK's "Uta Kon"（うたコン）during its theme of Tokyo tunes. This was Chiyoko Shimakura's（島倉千代子）big hit "Tokyo da yo, Okkasan" (It's Tokyo, Mom), a gentle enka ballad involving the singer taking her mother who has come to visit her daughter for the first time since moving away with Chiyoko giving her a tour of the recovering city.


The song isn't just about the tour, though, but also about the joy of mother and daughter reuniting again after so long and also giving tribute to an older brother who perished during the war. As someone who gave the parents a tour of Tokyo and Yokohama years back, I can understand some of the emotions involved in showing them what was then my haunt. And as you can hear in "Tokyo da yo, Okkasan", Shimakura's voice is wavering somewhat.

For the singer, this was a huge hit as it sold around 1.5 million records after its release in March 1957. Written by Toshio Nomura（野村俊夫）and composed by Toru Funamura（船村徹）, it has become one of Shimakura's trademark songs, even sparking a movie based on it starring the singer herself. Furthermore "Tokyo da yo" was inspired itself by an earlier kayo sung by kayo kyoku legend Hibari Misora（美空ひばり）who released "Hatoba da yo, Otottsan"（波止場だよ、お父つぁん...It's The Waterfront, Pop）in 1956. Shimakura wanted to sing something similar in tone to that song, and it was lucky that Funamura had also composed that Misora song.

Although Shimakura made her first appearance on the Kohaku Utagassen in the same year that "Tokyo da yo" had been released, the song itself was never performed as a Kohaku song even during the singer's long history of appearing on the NHK special. However, it has been given its due since its debut in 1957 over the decades via other singers such as Yukino Ichikawa（市川由紀乃）below. 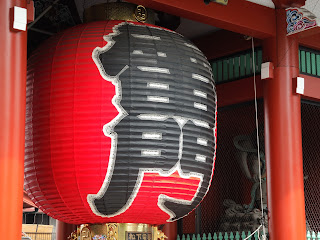