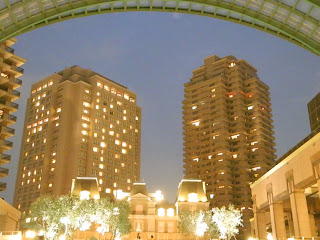 A couple of years ago, I did an article about a singer by the name of Michiyo Kitajima（北島美智代）who seems to share one thing in common with the mysterious City Pop chanteuse Takako Mamiya（間宮貴子）: her career was also very brief, she sang pretty well and there's not much out there in terms of information about her.


As I said in that article for her 1st single, "Telepathy Kudasai"（てれぱしいください...Please Give Me Your Telepathy）, from November 1985, she only released those 2 singles and zero albums before she went off into the ether. The interesting thing is that on some of those websites that actually mentioned her (she doesn't even exist on J-Wiki), she's been placed as an aidoru (probably due to her looks) but listening to her remaining single, "Natsu no Buranko" (Summer Swing), which came out almost 10 months after "Telepathy Kudasai" (which I think is an eternity in the world of aidoru), I think she's anything but.

I'm referring to the same source that I did in "Telepathy Kudasai" when the writer mentioned there that Kitajima had a voice that set her apart from other newbies. She certainly didn't sound cute in "Natsu no Buranko". I would say that her voice had a certain maturity that would almost place her in potential Hiromi Iwasaki（岩崎宏美）territory with that lovely bossa nova arrangement. Unfortunately, I couldn't find out who wrote and composed the song but it was a wonderful match between her and the music.

The writer also remarked that she "...debuted too late". I'm not quite sure what he/she meant by that exactly but it was also pointed out that, and I'm paraphrasing here, Kitajima had the aidoru looks but she was a genuine singer. Perhaps her management company didn't quite know what to do with her in terms of marketing or Kitajima may have been mature enough to set down her opinions about how her career should go which could have chafed with the rigid patriarchal structure of a typical company. Obviously pure speculation on my part, but she left the geinokai with only those two singles.

So, basically, this will be the end of the Michiyo Kitajima file...at least, until I decide to cover the B-side to "Natsu no Buranko" which does exist on YouTube.
Posted by J-Canuck at 11:49 AM