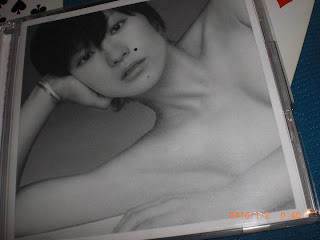 Wednesday nights at the household are often tuned to NHK's "Gatten!"（ガッテン!）show which has rakugo comedian Shinosuke Tatekawa（立川志の輔）overseeing a trio of guest tarento and assisted by announcer Fumie Ono（小野文惠）. "Gatten!" focuses on health-related issues such as the classic katakori (stiff shoulders), the latest trends in so-called superfoods and various exercises.

In early 2016, "Gatten" decided to undergo an overhaul (it has been on since 1995) with a new set, no Mami Yamase（山瀬まみ）as permanent panelist, and even a snazzy theme song. And it's been a theme song that I've been searching for on YouTube but for whatever reason, the original "Juudam" by Ringo Shiina（椎名林檎）has yet to be put up on the site although the cover versions are present.

The knowledge of "Juudam" doesn't seem to exist on the English-language sites pertaining to Shiina although it has been acknowledged on J-Wiki as a digital download-only single associated with "Gatten!". I've been hearing it weekly for almost 18 months now and I enjoy the playful jazz aspect of it although for the life of me I have no idea what the title means. Still, Shiina sings about having a good happy life with friends so it's well placed with the purpose of the show. Incidentally, neither of the versions I have here are the full versions.