I was well into that 3-year period in Toronto between the JET Programme and my really long stay in Japan. A couple of friends were kind enough to send me video tapes of Japanese TV during that time, and one of them actually sent me a tape filled with this new Fuji-TV variety show (debuted in 1993) which knocked the socks off me. It was this crazy program which took the concept of the cooking show and elevated it into gladiator spectacle. And it was hosted by this foppish force-of-nature who presided over the epic proceedings like a benevolent cuisine-obsessed king. Plus, I was stunned to hear most of the background music consisted of the larger-than-life soundtrack from "Backdraft", a score that I liked so much that I bought the CD (still wonder how much Fuji-TV had to pay for the rights to feature that music).

For the first little while, I was fairly obsessed with the original "Ryori no Tetsujin"（料理の鉄人...Iron Chef）which I continued to watch even into my time in Japan since it was on late night on Fridays. But then the inevitable familiarity-breeds-contempt curse of the formula set in and I gradually weaned myself from the show, even not watching the entirety of the final episode in 1999.


Takeshi Kaga（鹿賀丈史）played the grand chairman of the cooking academy and he had the perfect voice and the saturnine looks to pull the whole hammy thing off. He's been an actor since he was a kid (born in 1950) but he also took some time to record a few singles.

Now, it's time for a personal tangent. In my early years of my life in Chiba Prefecture, there was "Ryori no Tetsujin" on Fridays for me to enjoy, and if I'd had a regular job in the Japanese corporate world, I would also have been heralding the start of my weekend. However, I was a NOVA English teacher which meant that regular Saturday/Sunday weekends were as preciously coveted as water in a desert. In that time, my "weekends" consisted of Mondays and Tuesdays, and so my mornings off then and even during the mornings before my afternoon/evening shifts consisted of me leisurely having breakfast and watching another Fuji-TV show, the kiddy program "Ponkikies"（ポンキッキーズ）.

So, why watch a show like that instead of the morning wide programs featuring adult news on the other channels, you may ask? Well, part of it was that "Ponkikies" had some pretty darn catchy tunes (which is why I have the Ponkikies category in the Labels). And one of them was done by Chairman Kaga himself.

With kids' tunes, I think they have to be earworms by nature and although it took me a long while to find out that it was Kaga who sang this one, "Ja-nay", this song hooked me hook, line and sinker right from the get-go. Launching with a rapid-fire torrent of 「じゃない、じゃない、じゃない」like a clickety-clack train, Kaga loopily goes into some nutty lyrics that were probably chosen more for their onomatopoeic pleasure than for any particular story although my theory is that they revolve around some over-caffeinated kid and his will to live life large and not listen to the grown-ups. Plus, "Ja-nay" has this really simple but contagious melody that brings to mind a combination of something country-western and The Beatles' "Ob-La-Di, Ob-La-Da" with the same sense of whimsy.


Released in August 1996, I have to admit that "Ja-nay" was one of the tunes that I looked forward to on "Ponkikies", and someone on the production staff had the brain wave to even make it into a quick calisthenics regimen. It could get not only the kids but even some of the adults moving about (didn't quite get me to stand up and move...was too busy flexing my arm to eat my breakfast danish).

"Ja-nay" was written by veteran lyricist Yoshiko Miura（三浦徳子）and composed by Makoto Mitsui（三井誠）who had come up with an evergreen J-Xmas tune a couple of years earlier. The song peaked at No. 38. 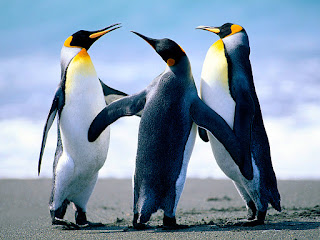