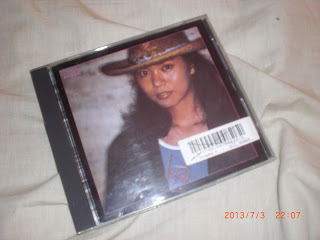 It's a nice Saturday out there. It actually feels cool in my room which is usually a disguised sauna during the summer. Haven't had to turn on the fan in the last several days.

I figured that it was time to dip into the kayo kyoku vaults for a Mariya Takeuchi（竹内まりや）number from all the way back to her origins. And so once again, I refer to her debut album "Beginning" from 1978.


Back in 2013, I actually did the article for "Beginning" itself and showed how one of the most famous pop singers in Japan was trying out a variety of genres. However, this particular track "Kagayaku Starry Night" (Glittering Starry Night) has struck me as being one of the quintessential Mariya songs in my view since it goes to her predilection for these old-style love songs from mid-20th-century America.

"Kagayaku Starry Night" has this cute sing-songy melody which makes it almost adorable enough (especially with Mariya's delivery) for it to be considered a kid's tune, but at the same time, it has that feeling of a couple of teen lovers sharing a malt at the local ice cream shop while this is playing on the jukebox. The crazy thing is that two of the technopop pioneers behind Yellow Magic Orchestra were responsible for this "Happy Days"-friendly song. Yup, drummer Yukihiro Takahashi（高橋ユキヒロ）provided the lyrics about getting all moony-eyed at the night sky while bassist Haruomi Hosono（細野晴臣）came up with the music.