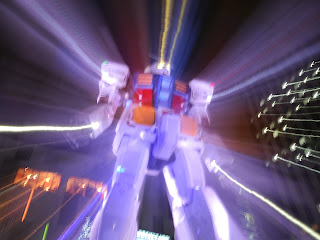 This is my second article tonight and as I said in my first article, I sometimes get tips from readers about songs that they also like that have yet to get onto the blog. Happily, most of the tips that I've gotten have led to some fine tunes that do get themselves onto "Kayo Kyoku Plus".


Yesterday, one commenter was good enough to leave a tip when he read about Char's "Kagerou"（かげろう）. He/she asked me if I had ever heard of his "LET IT BLOW" and whether it was an original for Char or if it was a cover by him. Plus, he/she said that it's something right up my alley.

First off, the commenter was on the mark. "LET IT BLOW" is a good rousing number for a Monday night (especially with the rains coming down now on Toronto). "Kagerou" was a track from Char's debut album "Char" all the way back in 1976, and I mentioned that it was a nice mix of funk and rock. Well, his single from October 1998 also has that same mixture and I believe it is indeed a Char original with Takashi Aida（相田毅）on lyrics and Makihiko Araki（荒木真樹彦）on music.


Plus, it is great for some extended riffing as you can see in the concert video above. "LET IT BLOW" is a most intense platform for Char to encourage folks who may have gone through a tough time to just throw off any of those negative vibes and bad feelings like a ratty and heavy coat and get on with life. Message is quite happily received. Maybe this would be ideal for those folks who've just paid their taxes.
Posted by J-Canuck at 8:57 PM

Email ThisBlogThis!Share to TwitterShare to FacebookShare to Pinterest
Labels: 1998, Char, J-R and B, J-Rock, Single