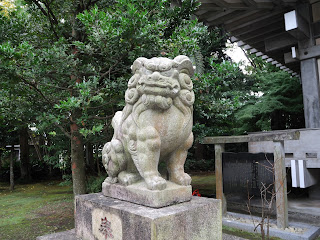 I don`t think this has ever been the case here in Canada but in Japan, one of the signs of a youthful romance is having a boy and a girl share an umbrella during rainy weather. Heck, I found out during the JET Programme that this could also be graphically represented by drawing a simple umbrella on a piece of paper and then writing the names of the boy and girl under it. I guess it`s the equivalent of the valentine with an arrow through it with the initials of the lovey-dovey couple on it.


I`ve mentioned this over the past week or so, but there's been a relatively new music-variety series on NHK called "Gogo Uta"（ごごウタ...Afternoon Songs）since April this year. It's a smaller-scale version of "Uta Kon"（うたコン）with the balance tending more for the talk over the music, although the performances are still done. My parents get kinda annoyed about it since they very much prefer the latter.


Anyways, on one episode of "Gogo Uta", there was an enka singer that I had never seen before. His name is Takashi Ichikawa（市川たかし）and I gotta say that he has one of the finest set of teeth I've ever seen on a fellow. Orthodontists in Japan ought to hire him for a campaign poster. Also, I do like his latest single, "Onnagasa" (Woman Under An Umbrella).

Coming out in May 2017, I think that whole thing about romance blossoming under an umbrella probably started in the feudal age with those very traditional kasa. Aki Chikura（千倉安稀）came up with the lyrics about love under the brolley while Kohei Miyuki（幸耕平）composed "Onnagasa".

Takashi Ichikawa was born Hirokazu Maekawa（前川浩一）in Hokkaido in 1983. He decided to become a singer during his freshman year of high school and so dropped out then and there. Usually the story for a number of these singers is that the parents would be furious and be dead set against the career decision, but in Maekawa's case, they were quite supportive of their son since they were huge enka fans. So for the next several years, he would study music in Sapporo before making his debut in 2007.

As for how his stage name came about, apparently it was decided through seimei handan（姓名判断）software. To explain, seimei handan refers to telling one's fortune through the writing of one's name. Over the years, I've heard how prospective parents in Japan would wring their hands on deciding their baby's name based on a lucky number of strokes for the kanji of a name, and I think that would include how the first name meshes with the last name. If I'm not mistaken, the patriarch of a family or a respected Buddhist priest would do the calculations. Apparently, technology has now taken over.
Posted by J-Canuck at 11:07 PM