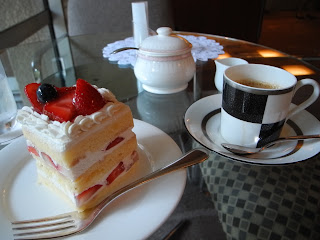 I probably have mentioned this before in another article but when it comes to hotels in Japan, my favourite will always be the Tokyo Prince Hotel near Shiba Park. It's not as if I've been living out of my suitcase for the past 36 years going from temporary lodging to temporary lodging but I've patronized a few nice places then and again but for me, ToPuri will always be the one. 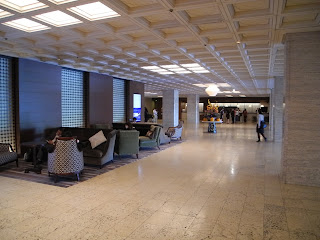 Even when I first stayed at the hotel in the summer of 1981 with my fellow classmates, it may have already been treated as being somewhat dated although at the time, it was still the premier form of accommodations. A number of celebrities have gotten married there including Seiko Matsuda（松田聖子）and her first husband, I think. But I think that's why I liked it so much...even when I visited it again for a tea break back in late 2014, the place really hadn't changed all that much from its opening in October 1964 when the first Tokyo Olympics had come to town. It still had that 1960s esthetic...kinda "Mad Men".


The Tokyo Prince Hotel is the place that I consider to be Square One for my relationship with Japan. Basically, I see it as no hotel, no falling in love with Japanese pop culture including music, no blog. And earlier in that year, one of my touchstones for the origins of my love for Japanese pop music, Akira Terao（寺尾聰）, released that amazing single, "Ruby no Yubiwa"（ルビーの指輪）that became the hit of 1981 and one of the sparks for my blazing interest.

Up to now, though, I hadn't known about the B-side to the single, "Cinema Hotel". Also created by lyricist Takashi Matsumoto（松本隆）and composer Terao who had come up with the A-side, "Cinema Hotel" is more on the day side of City Pop via Margueritaville compared to the night side where "Ruby no Yubiwa" lives.

Terao sings about the tryst that has just happened between a man and a woman at a resort hotel. I would say that it was a hotel out around Hakone or Izu because of that bouncy tropical beat which deserves to be rewarded by a cute cocktail. "Cinema Hotel" gets further mellower, thanks to Terao's crooning delivery. His music is also fairly intoxicating as it weaves between dreamy fantasy and summery reality, but the beat keeps incessantly on from initial seduction to afterglow cigarette to sunrise peeking through the curtains. 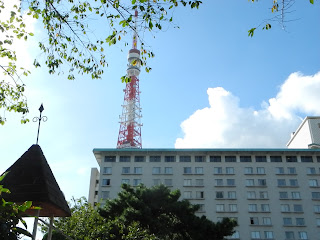 I heard that the Tokyo Prince has undergone some renovations over the past couple of years. I certainly couldn't blame the powers-that-be for changing the place after so many decades but I'm kinda hoping that the next time I visit (would love to stay there again but I don't think I can quite afford it), it still has retained some of that old-style glamour. And I certainly wouldn't mind having that strawberry shortcake set in the lobby cafe once more!
Posted by J-Canuck at 8:38 PM