The Works of Toyohisa Araki （荒木とよひさ） 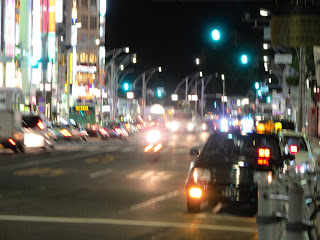 According to Oricon via J-Wiki, the top five lyricists in terms of singles sold are Yasushi Akimoto（秋元康）, Yu Aku（阿久悠）, Takashi Matsumoto（松本隆...the rankings are in his article）, Tetsuya Komuro（小室哲哉）and Tsunku（つんく♂）as of December 2015. I've got a feeling that since then Akimoto has further left Aku and Matsumoto in the dust considering all those songs that he's created for his alphabet girl groups, and he was already in the hundreds of millions.

Lyricist Toyohisa Araki is not within that august group and I don't know where he ranks but considering the breadth of who he has provided words for over the past few decades, he can't be that far behind. I decided to write a Creator article about him one night when I took a look at his file on "Kayo Kyoku Plus" and noticed the wide variety of singers that he has collaborated with.

Araki was born in what is now Dalian, China in 1943. He attended the Nihon University College of Art in Tokyo where he was also a member of the ski club. Starting out as a writer, he broke his leg one time while skiing and ended up in a hospital. In gratitude to the nurses who helped him, Araki came up with a tune about a Niigata Prefecture onsen. The popularity of the song then started to spread around although the author behind it had remained unknown at the time until Araki finally admitted his participation.


That song turned out to be "Shiki no Uta"（四季の歌...Song of the Four Seasons）which was officially released as a single in February 1972 by Yumi Inui（いぬいゆみ）. Listening to this original version, I wasn't quite sure whether it wanted to be a gentle folk tune or something with a bit of urban pizzazz. Not sure how it did on Oricon but the fact that it didn't seem to make a huge splash was perhaps not that surprising.


However, "Shiki no Uta" has been heavily covered over the years by folks such as Yujiro Ishihara（石原裕次郎）, Chieko Baisho（倍賞千恵子）and the Dark Ducks（ダーク・ダックス）, but the most successful cover was by singer Yoko Seri（芹洋子）as a 1976 single. Her version broke the Top 10 by hitting No. 8 and it even became a million-seller. Seri's take was a uniformly innocent pop ballad which most likely was more pleasant on listeners.


Since then, Araki has provided lyrics for many singers. In fact, the reason that I finally pulled the trigger to devote an article for him was re-discovering that he had written the City Pop classic "Fly-Day Chinatown"（フライディ・チャイナタウン）for singer and composer Yasuha（泰葉）in 1981. I've also discovered recently that "Fly-Day Chinatown" has also become another favourite one for all those Japanese Future Funk/Vaporwave enthusiasts (Round One, indeed).


He's also provided some pretty refined material for aidoru such as Yoshie Kashiwabara（柏原芳恵）. The song here is the classy "Machikutabirete Yokohama"（待ちくたびれてヨコハマ）from 1985.


I think, though, Araki has tended to hover in the enka/Mood Kayo field. He wrote a number of songs for the late Teresa Teng（テレサテン）including one of my favourites by her, "Tsugunai"（つぐない）. For me, it was one of the great examples of what I've called European enka.

The above songs have all been covered in the blog but I also found some new entries. "Nageki no Melody"（嘆きのメロディー...Melody of Grief）was sung by Yujiro Ishihara as a 1984 release. Takashi Miki（三木たかし）, a frequent songwriting partner for Araki, came up with the melody so Mood Kayo that the record probably smelled of cigarette smoke and scotch as soon as it was taken out of the sleeve.


In 1990, Araki wrote the lyrics for this contemporary ballad sung by Yuiko Tsubokura（坪倉唯子）titled "Koufuku Game"（幸福ゲーム...The Happiness Game）as her 3rd single. Hiroshi Terao（寺尾広）composed the ballad which was used as the theme song for the TV Asahi drama "Utsukushii Uso Tsukemasuka"（美しい嘘つけますか...Can You Make A Beautiful Lie?）. Love lost and gained seems to be a favourite topic especially for Araki and surrounded by a classy melody.

Another example of that theory also popped up in 1990 through Yoko Minamino's（南野陽子）"Double Game"（ダブルゲーム）which was also another collaboration between Araki and Miki. This was Nanno's 17th single from June 1990 and it peaked at No. 3.


Now, the last couple of Creator articles that I've written for the blog have been on songwriters who unfortunately left this mortal coil recently. Happily, though, it seems like Araki is still quite happy and kicking. Although it's not listed on his own J-Wiki entry, Araki, who is also a bassist, came up with his own release in 2015 titled "Sha Ba Da Ba Da"（シャバダバダ）, a jolly song of party-hearty with the video showing the man himself enjoying the good things in life. I can only hope to be that lucky at his current age of 73. I just hope to be alive at 73.

As I said, Araki has written for a wide group of singers since 1972 so you can take a look at the rest of his works listed under his name in the Labels.
Posted by J-Canuck at 7:51 PM