Well, almost 3 months ago, I put up an article about what could be one of the most diabetes-inducing anison themes of the year with "Tokimeki Poporon"（ときめきポポロン♪） which has been the ending theme for the mellow "Gochuumon wa Usagi desu ka??"（ご注文はうさぎですか？？）

Now that the 2nd series of moe girls in cafes is about to wrap up this weekend, I thought it was as a good time as any to talk about the opening theme "No Poi!" Compared to the adorable "Daydream Cafe" from the 1st series, "No Poi!" has more of a dynamic streak which rather fits the slightly more fantastical opening credits. I would say that there was even a bit of Swinging 60s pop fueling the song created by Aki Hata and Kaoru Okubo（畑亜貴・大久保薫）, the same duo behind "Daydream Cafe".


I've got to give my compliments to XLEZZYTECHNIKA, the YouTube uploader and one of the folks who brought the band together to give their extended take on "No Poi!" After listening to this version, I'm now reconsidering whether I like the opening or ending themes better. I had thought that "No Poi!" was in an unenviable position being the 2nd opening theme after the great and still my favourite of all the themes for "GochiUsa", but listening to the full version on a cloud service, I've come to appreciate the joyful aspects of the song especially with the main voice cast being further challenged here.


And as it turned out, "No Poi!" has become the most successful of the themes on Oricon, getting as high as No. 4 on the charts. 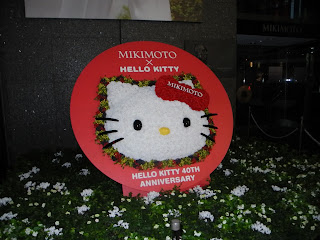