I gotta say that I was quite surprised to find out that veteran enka singer Ikuzo Yoshi（吉幾三）is 178 cm/5'10" in height! He doesn't exactly tower over me but still he's taller; but then again I saw the cover for his very first single, "Koibito wa Kimi Hitori" (You Alone Are The One For Me), and noticed those very long legs when he was far younger.

Speaking of that song, for a guy like me who has been used to the oft-comical Yoshi crooning his enka for decades such as his famous number of "Yukiguni"（雪國）, I was also caught off-guard to realize that he started show business in the aidoru genre under his first stage name, Eiji Yamaoka（山岡英二）. But there was good buddy Kiyoshi Hikawa（氷川きよし）on stage with Yoshi telling the tale of that debut single in March 1973. Yoshi has always had a good sense of humour, and so he was alternately giggling in embarrassment and knowing wisdom about those early days.

Hikawa did the rousing number as Yoshi grimaced good-naturedly. And for those who can access the video site Niconico, there is the original version below. "Koibito wa Kimi Hitori", which was written by Hideo Nose（能勢英男）and composed by Masao Yoneyama（米山正夫）, has that bright and brassy "Hi there, world!" arrangement which I've usually heard in some of the female aidoru tunes from those early 70s. Young Eiji is exhorting all the guys out there to make that declaration of love to the girls, and as he does so, I can hear that zesty vibrato which would later serve him in the enka sphere. As Eiji Yamaoka, he didn't do too well as an aidoru but he eventually did find his footing as Ikuzo Yoshi with vibrato and brio intact. 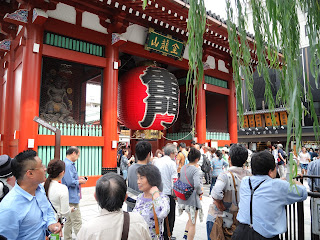