A lot of TV and movie watchers in Japan know about actress Eri Fukatsu（深津絵里）. She's been doing commercials ever since she started in the business, including a famous one for Japan Railways featuring "Christmas Eve" by Tatsuro Yamashita（山下達郎）.


And then there are all those TV dramas and movies she's performed in. For me, she'll always be the tough and acerbic police officer Sumire Onda in "Odoru Dai Sosasen"（踊る大走査線）. A few years ago, she even won the Best Actress award at the Montreal World Film Festival.

However, I didn't find out until rather late into the 2000s that Ms. Fukatsu actually had an earlier life as a singer. I was browsing in an old-and-used CD shop in Nakano when I came across these rather weathered CD singles with her name on it. I had to rub my eyes a couple of times to make sure but those were indeed the same kanji characters and although the face was a bit chubbier back then, it was indeed the popular actress. I had seen her singing a little something in a TV ad some time before then but never thought she had actually been crooning behind a microphone. There was some curiosity in me to purchase one of the discs but decided that my yen was better spent elsewhere. And besides, her J-Wiki article made it abundantly clear that she was an actress first and foremost. There was little mention of her being a singer (started out as an aidoru in 1988 under a couple of stage names) and her short discography was buried deep in the bottom.

Last week, I came across one of her songs on YouTube. Titled "Kamisama Onegai" (Please, God), it was apparently a track on her 2nd album from 1992, "Sourire", and the song is fairly interesting for that slight reggae beat, and the fact that it sounded faintly like a Little River Band song. However, I was more interested in hearing how she sounded. Perhaps Fukatsu doesn't really regret leaving the singing part of her career behind, but her vocals weren't too too bad in "Kamisama Onegai". They were quite light and playful, and she did sound like an aidoru trying to spread her wings further afield. Obviously, though, she has done much better being a thespian.

Being a pretty obscure song, I couldn't track down who had written and composed the song. 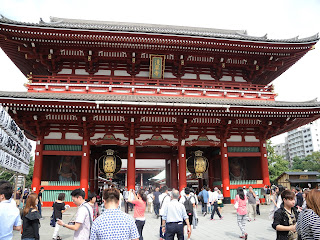