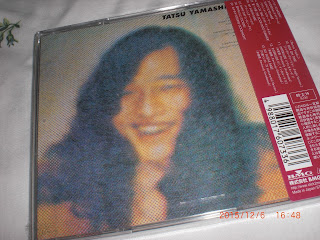 As with the RED Team article for my Fantasy Kohaku Utagassen, I will be splitting the WHITE Team into 2 sections. One observation is that I've got a lot of bands here.


I had first thought about starting the White Team's stint with Arashi（嵐）since they would be going up against Pink Lady, but then I decided to go with Sing Like Talking's "Together". The band has never been on the Kohaku, and I think "Together" would be the ideal rocket fuel to get this team going. Of course, with this being a Fantasy Kohaku, SLT would be performing the entire tune including the "Dinah" intro.


Artistically speaking, one missed opportunity was not having YMO on the Kohaku for 1980 or 1981. But logistically speaking, NHK may have had a nightmare trying to build a background set appropriate for the Lords of Japanese Technopop on the Shibuya stage (then again, the 1981 Kohaku did have that light display for "Ai no Corrida"). Plus, I could imagine Sakamoto-san and the guys politely declining the offer, thinking themselves a little too hip for the program. But the band is here on the Fantasy Kohaku, and of course, they are performing "Rydeen". Just imagine if they had been successfully recruited for the 2015 edition. A ton of "Hibike Euphonium" fans would spike the ratings like the tallest stalagmite.


Even though I hadn't even known the term City Pop at the time of the 1981 Kohaku, one of the most successful examples of the genre was performed on the show via Akira Terao's（寺尾聡）"Ruby no Yubiwa"（ルビーの指輪）. And yet, one of the masters of City Pop at the time, Tatsuro Yamashita（山下達郎）has yet to appear on the special. Well, his wife, Mariya Takeuchi（竹内まりや）, is on my Red Team so I'm going to include him on the White Team as he does the really mellow "Amaku Kiken na Kaori". I'm sure the horns for the NHK Orchestra would appreciate the opportunity.


Masayuki Suzuki（鈴木雅之）has appeared on the Kohaku Utagassen at least once, I believe, I don't think it was to perform "Wakare no Machi". Just bring on the cool lighting performance while Martin is singing this super-cool song. And since Off-Course is on my White Team as well, why not have the guy responsible for crafting the song, Kazumasa Oda（小田和正）, backing him up on vocals?


To start off the second half, we bring back the old-style sophistication of "Tokyo Nightclub" with the original singers, Frank Nagai and Kazuko Matsuo（フランク永井・松尾和子）. I've got the urban contemporary City Pop covered in the first half but there is nothing like some good ol' Mood Kayo to bring back the Latin mood of the 1950s and 1960s. Nostalgia is always welcome on the Kohaku.


In addition, I just gotta have my old karaoke tune of "Yukiguni" by Ikuzo Yoshi（吉幾三）. Cities like Tokyo and Nagasaki are represented on my White Team but I also have to do my shout out to the north country. My regrets to Osaka fans, though. The reason that Yoshi's magnum opus has been my go-to song at the mike is that the melody and lyrics aren't too difficult to navigate so that even a tone-deaf fellow like me can handle it without too many folks running for the doors. And all you need on the Shibuya stage is a good hunk of snowscape.


Because I have a special guest on the Red Team, it is just proper to offer the same courtesy to the White Team. And who better than Kyu Sakamoto（坂本九）and what better song than "Ue wo Muite Arukou"? You would have everyone on both teams on stage, the judges, the entire audience and the folks around their kotatsu singing along with a goodly amount of smiles and tears. It would be the largest singalong in Kohaku history.


Saburo Kitajima（北島三郎）has retired from the Kohaku...it's gonna be hard to imagine life on the Shibuya stage without his figure and the billowing paper snow at the end of the show. I can still put him on here, but I'm going to go with Shinichi Mori（森進一）and "Erimo Misaki" just for argument's sake. Mori has already performed one of his most famous hits on the 2010 Kohaku but I would like him to sing it in the final position. It is an epic enough ballad with his forthright delivery. I don't think he would eclipse Hibari Misora（美空ひばり）but it would still be a fine ending to the White Team's run in my Kohaku.

And that is my 16+1 for the White Team. As for who would win, well, I will leave that up to you to decide since that was never my intention for these articles. Still, despite the large amounts of thinking, the embedding and the typing, I did enjoy this existential blog exercise. Perhaps I might give it another go next year.
Posted by J-Canuck at 9:46 PM