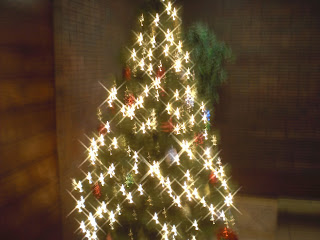 Well, pretty soon the annual Kohaku Utagassen（紅白歌合戦）will once again be descending upon TV sets around the planet with the usual goodly mix of rejoicing and grumbling. I'm pretty sure my parents will be taping the show on their VHS (bet you haven't heard those letters together in a long time or ever, eh?) again despite doing more of the latter.

Here in Toronto, we've not only had the perennial NHK program come to our neck of the woods for many many years, but at the local Japanese-Canadian Cultural Centre, there's also been an annual amateur Kohaku for quite a long while, too....not that I will be haunting that particular stage with my vocal cords ever.

A few weeks ago, the announcement of the 2015 Kohaku Utagassen lineup did get me generating a brain wave. Sports fans everywhere have often been involved in choosing their own fantasy all-star teams or just their own regular-season teams with their select athletes to go up against each other. Over here, of course, we've got ice hockey! How would you like Steve Stamkos, Carey Price and Connor McDavid on your team (that is, if you actually know of them outside of Canada and the US)?

In any case, I decided to apply the sports fan's hobby to my own. So I'm currently making up my own lineup of Japanese pop singers on both the Red and White sides just for fun and whimsy. Initially, I had thought about having access to just about everyone who's ever sung a note professionally in the Showa and Heisei Eras but quickly came to the realization that I would end up grabbing too much Tylenol for the potential migraine. Therefore, as with anything in life, some boundaries are good to keep things tidy:

1) Red and White teams have 16 members each.
2) Anyone dead or alive is welcome.
3) I will pick anyone and any song up to the year 2000 (so Morning Musume is fine but AKB48 isn't eligible).
4) If a pop singer has actually appeared on the Kohaku before, I will try to choose a new song that he/she has never sung on the show. The enka singers are exempt since a lot of them have been on longer than most viewers have been alive...there's probably not a hit song that they haven't sung on the Kohaku.
5) There will be a rough split on each team between pop and enka with pop having the slight majority.

In the interests of space and sanity, I will be splitting up the Red and White teams into their own articles since I also want to embed some videos and provide some commentary for at least some of the singers. However, at least for this lineup, I won't be trying to go for some theme or any particularly harmonious segue among the acts. It's just who I would like on the fantasy show.

Even with the rules and my somewhat loosey-goosey approach, it hasn't been easy (well, especially since I can also choose singers who have left this mortal coil). Now I can understand somewhat how the actual planners feel about getting the annual special together. They must ingest their own weight in antacid every year.

Hopefully, I will get the Red team up by sometime this weekend.


P.S. Ahh...since there have been a few Kohaku-based articles put up, I've decided to make the show its own category on the blog.