Well, it's been a miserable day for commuters here due to the TTC breaking down once again, and with a storm now hitting Toronto, the morning should be just as hellish for different reasons. In a totally different sphere, "Agent Carter" wrapped up another short and sweet season tonight and next week "Agents of SHIELD" will be back. In either case, there are groups of people who need to cool down....aside from the fact that it is already plenty cool outside.

Yes, rather lame segue for a Mariya Takeuchi（竹内まりや） song with the title "Cool Down". However, it is one of the tracks on her 1992 album "Quiet Life" that stands out since her melody sounds like a good ol' fashioned Lou Rawls soul tune from the 1970s. So it isn't just American 50s pop songs and 70s disco stuff that she is well versed in. As for her lyrics, Mariya's protagonist is trying to keep a romance from overheating into the next level. Keeping things cool, comfortable and safe is more her speed. I gather then that she probably watches a lot of comic book TV as well. 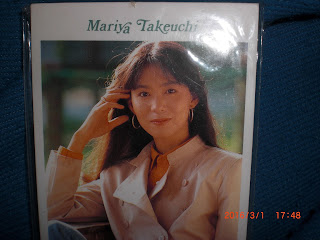 Email ThisBlogThis!Share to TwitterShare to FacebookShare to Pinterest
Labels: 1992, J-R and B, Mariya Takeuchi, Pop, Single