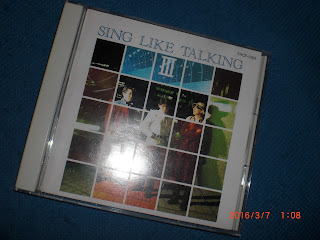 I had already decided to put up a Sing Like Talking article for today last night but just by coincidence, Marcos gave a shout out to the band in his comments for his DEEN article earlier today which pretty much sealed the deal for me. He went to listen to his "City On My Mind" album whereas I went with SLT's 3rd album, logically if unexcitedly called "III" from April 1990.

If I'm not mistaken, I believe I bought "III" at my favourite shop for old CDs, Tacto, a number of years ago. Listening to it, Sing Like Talking back then was definitely going for some pretty meaty funk back then, but then there was this track titled "Is It You" which harkens to their mellow AOR leanings. In fact, as soon as I heard the first few notes, I knew that this was taking place in some tropical pool somewhere.

Actually, I re-encountered "Is It You" on YouTube and once I heard and enjoyed the song, I tracked it down to "III". Created by keyboardist Chiaki Fujita（藤田千章）and vocalist Chikuzen Sato（佐藤竹善）, the laid-back feeling of the entire tune is what attracted me to Sing Like Talking in the first place. Often when I went to Yamano Music in Ginza, there was a handwritten sign above the section containing their CDs hinting at their kingly status for the Japanese side of AOR, a genre that is thriving so well that it has its own dedicated section in just about every major CD store I've visited. I'm not sure if Sato and his group would be too thrilled to be pegged into just that one genre but as a fan, I can understand the sentiment. 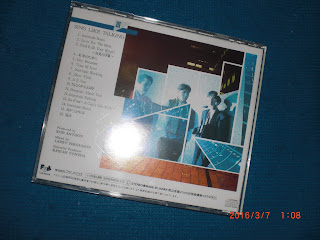