I've seen manga-adapted anime covering a number of aspects of Japanese pop culture including rakugo performers and love of food so I wasn't surprised to hear about a manga that covered the wonderful world of Japanese snacks. In 2014, "Weekly Shonen Sunday" introduced "Dagashi Kashi" that became adapted into an anime back in January. The story has the eccentric daughter of a confectionery magnate, Hotaru voiced by Ayana Taketatsu（竹達彩奈）, arriving in a countryside community to persuade a good-hearted if slightly frustrated teenage boy, Kokonotsu, to come and work for her Dad although the kid really wants to become a manga artist instead of taking over the family candy business.

The anime is fun enough and I have not heard or seen the vast majority of the snacks on display in the series, although to be honest, even during my years in Japan, I never really got into the kashi scene all that much outside of potato chips and chocolate bars. However, I do remember when my brother and I were kids when we often got those boxes of Botan rice candy with the edible clear wrappers around it at the Japanese food stores in downtown Toronto.


Strangely enough, I've also become drawn to the opening and ending themes for "Dagashi Kashi". The two of them don't sound conventionally hit-bound but their melodies for some reason kinda strike me as being somewhat Ringo Shiina（椎名林檎）...or at least off-kilter pop.

The opening theme of "Checkmate?!" by MICHI sounds pretty funky and sultry for the most part with strings that had me thinking of Dexy's Midnight Runners before the refrain suddenly goes all happy and hopeful. With that title along with the song overall, I think the opener is the perfect theme for the character of Hotaru since she is playing a bit of a chess game with the unknowing Kokonotsu.


I had assumed that the singer MICHI was the half-British half-Japanese singer who had popped up several years ago but her nom de guerre is actually spelled MiChi. MICHI, whose real name is Michiko Touyama（當山美智子）, hails from Okinawa and debuted just in 2015. "Checkmate?!" is her 2nd single which was released in January 2016 and got as high as No. 51 on the charts. The song was written by lyricist-novelist RUCCA and composed by Junpei Fujita（藤田淳平）.

As for the ending theme, "Hey! Calorie Queen" sung by the lead seiyuu Taketatsu herself sounds like it mixed in some trance and Latin in there, and it kinda comes off as a bit of a frenetic march. The ending credits with the "Alice in Wonderland" motif are also kinda nifty. Written and composed by Yashikin (やしきん), the song was also released in January as Taketatsu's 8th single which did better than the opener by peaking at No. 19. Interesting tune although I wouldn't be yelling the title too loudly in the diet aisle of a supermarket.


The ironic thing about Ayana Taketatsu according to my anime buddy is that she's not as much into kashi as she is into gyudon. Apparently, she can eat the beef bowl all day. Hey, calorie queen indeed!


Well, since we are on this topic, I might want to recommend for all those who may be heading for Tokyo (where my friend is right now) on vacation this year to give the Ameyoko (アメ横) district in the neighbourhood of Ueno a try. There are tons of restaurants and shops there including Niki-no-Kashi (二木の菓子), the very venerable snack shop. I am pretty darn sure that whatever has popped up in "Dagashi Kashi" is on sale in that establishment. Since I used to teach a student on Monday afternoons in the area, I often had some really nice lunches in Ameyoko such as kaisen don (fresh seafood on rice), rice curry, doner kebab and other goodies. 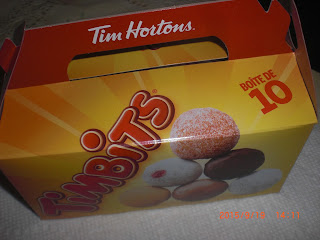