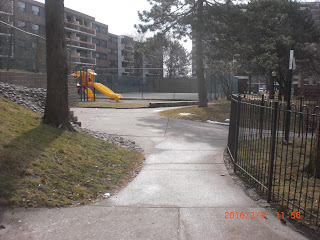 Indeed, spring has come. And if I'm not mistaken, there is a long weekend in Japan because of that fact. Not as lucky over here in Toronto but the weather was pretty decent though not quite spring-like. And true to Toronto weather, we are due for 5 cm of the white stuff on Wednesday. So as I've mentioned before, I will not be ready to declare a true spring until we are all well into April or even May. If you have lived in T.O. (or the Six, as folks are now nicknaming my hometown), you will understand.

The night before, commenter May Lily asked me about a song that I had never heard before under the title of "Namida-kun Sayonara" (Goodbye Mr. Tears) since she heard it while doing some transcription work for the old J-Drama "Hitotsu Yane no Shita 2" (I hope you have been enjoying the job, May). Well, I was able to find quite a bit of information on this tune, fortunately.

"Namida-kun Sayonara" is one of those old kayo from the 1960s which suddenly had a bunch of singers climb on the bandwagon when it was written and composed by Kuranosuke Hamaguchi（浜口庫之助）. First up was the late legendary Kyu Sakamoto（坂本九）who tackled it for release in May 1965. It wasn't such a big hit for him but it still has that wonderful Kyu vocal style. Listening to this first version, the intro had me imagining a kayo folk tune but then the singer and the strings soared into a flourish that had me thinking of Rodgers & Hammerstein musicals such as "The King and I". I'm merely wildly speculating here but I wonder whether it was this abrupt change that had listeners initially not too enthused about the song. The lyrics were quite cheerful although on first listen they might seem as if Kyu was saying goodbye to another love. Actually he was giving his farewells (albeit temporarily by his own happy admission) to the tears themselves since he was able to find another young lady to spend time with.


Then, later that year into September, American singer Johnny Tillotson did his take on the Hamaguchi song in both Japanese and English. The style of this "Namida-kun Sayonara" was a more straightforward happy pop melody that proved to be a big hit for Tillotson, at least in Japan. According to his Wikipedia article, the song was never released as an official single in the United States although it may have gotten onto one of his albums.


May Lily was correct in her guess that the first Johnny's group had also covered "Namida-kun Sayonara". Johnny's（ジャニーズ）gave their own version in April 1966 as the B-side to their 7th single which was perhaps a slightly sweeter take than the Tillotson cover.


Hiroshi Wada and Mahina Stars（和田弘とマヒナスターズ）were a little less Hawaiian Mood Kayo and more the happy-go-lucky version of "Namida-kun Sayonara" but there is no mistaking the choral style of the group's approach. Their cover was released in December 1965.


What surprised me was that over the decades, the song has been covered by plenty of other folks ranging from 70s aidoru Mari Amachi（天地真理）to another Johnny's Entertainment group, TOKIO. However, I came across this version by a singer that I have also not heard about until yesterday called Miwa Kawagoe（川越美和）. This former actress and aidoru from Kagoshima Prefecture debuted in 1988, and her version of "Namida-kun Sayonara" was her 7th single from February 1991. It stood out since it had this rather Eurobeat-y touch of the times that had me thinking of Wink, Mi-ke and Chisato Moritaka（森高千里）. I guess for the singer, the song was the gift that kept on giving since later versions were released as her 11th-13th singles. Her version was also used as the theme song for a long-running TBS drama titled "Ten made Todoke"（天までとどけ...Reach for Heaven）.

Well, May, this is probably the longest answer I've given to you on a song here. I hope the information was what you had wanted. :)
Posted by J-Canuck at 9:21 PM