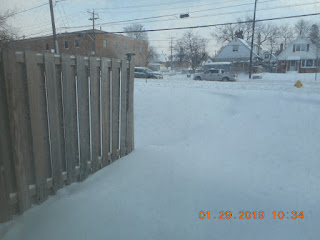 I think among all of the current collaborators on "Kayo Kyoku Plus", I, J-Canuck, am the only one who seasonally lives in an environment that is not unlike the one in Antarctica. Following Snowmageddon 2019 on Monday, we're currently going through a cold snap with high temperatures at around -18 degrees Celsius (that would be 0 degrees in the United States). Earlier today, I basically bundled myself so much in winter gear that I looked like the Canadian version of Iron Man's Hulkbuster outfit.


Anyways, onto business. Well, actually this should be pleasure since this has been fun. Today is the 7th anniversary of "Kayo Kyoku Plus", and I bid you welcome once more as I have almost every day since January 30th 2012. When I first started this up, I naively thought that I would get this over and done with in a year. Ah...little did I know.


Well, each year, I always wonder whether this would be the final time for me, at least, to put up an average of two articles per day on the various Japanese pop songs contributed over the past century and more on the blog. But then, I go back to this famous scene from "The Godfather, Part III".

Not that I was ever going to abandon this huge project by any means. I thought that I would be going into a more curatorial mode, but as it stands, I have a huge backlog of songs that I need to get through and then there is music that just pops up all of a sudden through tips by various commenters and collaborators. So, semi-retirement isn't currently an option. And that's just for me, not including folks like Noelle, Marcos, Larry and Joana for whom I have been grateful for their contributions over the past 7 years.


I was thinking about what to put up today on this 7th anniversary of the blog. Getting an Author's Pick is no longer just an option but a plan for later tonight. Then, I thought about searching for a song by singer-songwriter Jun Horie（堀江淳）, the reason being is that his 1981 hit song "Memory Glass"（メモリーグラス）became the very first topic on "Kayo Kyoku Plus" since it is one of the touchstone tunes that got me interested full-bore into kayo kyoku in the first place after my Toronto Japanese Language School graduation trip to Japan that year.

At first blush, though, I wasn't optimistic since basically, Horie only had that one hit and most of the YouTube videos on display feature only "Memory Glass". However, I was able to find this title track from his second album "Yume no Ayatori" (Cat's Cradle of Dreams) released in May 1982. Not sure what the recorded version sounds like, but as it sounds in this TV rendition, it's quite the folksy ballad. It's quite different from the poppier "Memory Glass"...it's more on the lines of something by the late Kozo Murashita（村下孝蔵）.


What the heck? Allow me to show you what started this show going. Some additional information that I hadn't provided on the original article was that "Memory Glass" became the 18th-ranked single for 1981, selling over half a million records. The above version seems to be a rearranged take.

In any case, my thanks to everyone who has been providing their own stories with their songs (past and present collaborators and commenters) along with the many more readers. Let us see what more treasures we can unearth from the past and what more discoveries we can make in the future.
Posted by J-Canuck at 3:44 PM